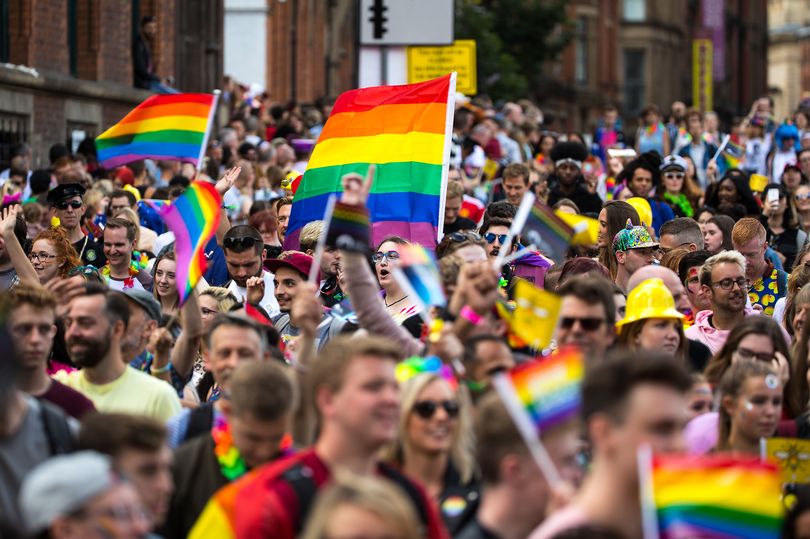 There’s just over a month to go before the annual Manchester Pride celebrations begin, with tens of thousands of people descending on the city for the LGBTQ+ celebration.

There are some pretty notable headliners at Manchester Pride Live this year – Ariana Grande, Years and Years, Cheryl, Emeli Sande and Bananarama will all be performing over at Mayfield Depot.

But for those put off by the hike in ticket prices (£64.50 for the weekend, compared to £22-£28 last year), there’s absolutely no reason to miss out on the fun.

Running alongside the party atmosphere throughout the August bank holiday weekend is the Superbia weekend, an altogether quieter, more culture-focused affair with a focus on mostly free art, film and intimate live music.

There’s also, of course, the Manchester Pride parade, a colourful, family-friendly celebration that sees thousands march through the city together.

2019 will mark 50 years since the Stonewall riots, the event that kick-started the modern LGBTQ+ movement – and this year’s celebration is shaping up to be bigger than ever.

This year’s parade theme is Deep Space Pride: A Future World of Equality.

As well as reflecting back on how far LGBT rights have come, those marching in the parade will be looking forward to what could lie ahead.

The parade will take place on Saturday August 24, with 150 entries and more than 10,000 participants pulling out all the stops to create the most colourful spectacle possible.

Exact details will be confirmed nearer the time, but you should expect to see the stars of Coronation Street as well as local businesses, firemen and NHS staff taking to the streets.

ust because many spaces at Manchester Pride’s Superbia weekend are alcohol-free doesn’t mean that there can’t be a party.

There’ll be a post-parade party from 2.30pm, with music, cafe and an art workshop suitable for all ages at No. 70 Oxford Street.

Then later in the day between 7.30pm and 10pm is the Queers Without Beers Takeover, a sober social with a pay-what-you-feel alcohol-free bar.