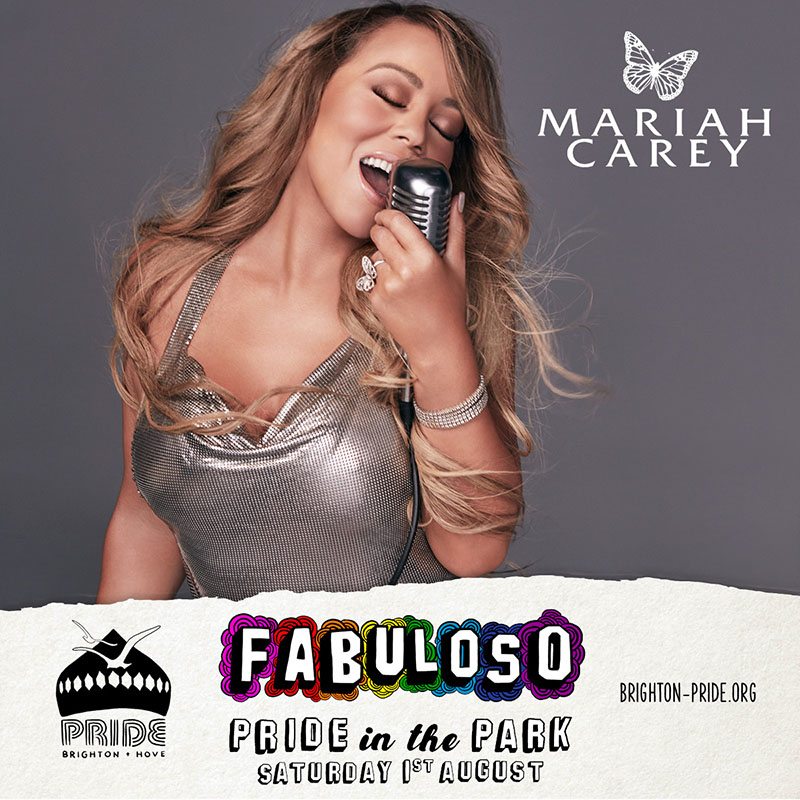 You just need to google biggest female artist of all time & Mariah Carey is at the top of that list with more than 200 million albums sold to date and 19 Billboard Hot 100 #1 singles (18 self-penned), more than any solo artist in history.

Internationally recognised as a media figure who has consistently used their platform to support and advance LGBTQ+ equality and acceptance, Mariah Carey received the GLAAD Ally Award is 2016. Through her music and outspoken support, Carey has inspired and empowered countless LGBTQ+ fans across the globe. She is a long-time ally and friend to the LGBTQ+ community who has worked tirelessly to move acceptance and inclusion forward.

As the most recently announced inductee into the Songwriters Hall of Fame, and with her distinct five-octave vocal range, prolific songwriting, and producing talent, the achievements and accolades for Mariah Carey are almost too many to mention Grammy Awards, American Music Awards and Billboard Music Awards, the prestigious Ivor Novello Award for songwriting, the BMI Icon Award for Songwriting, Billboards Top Female Artist of All Time,Billboard’s “Artist of the Decade” Award, Billboards Icon Award, and the World Music Award for “World’s Best Selling Female Artist of the Millennium among others!

Mariah is truly the template of the modern pop performer and will perform at the two-day FABULOSO Pride in the Park on Saturday 1st August and we are delighted that this performance will mark the first time they have ever performed at a Pride event in the world.

Paul Kemp, Director of Brighton & Hove Pride, said; We are beyond thrilled that Mariah is joining our LGBTQ+ celebrations for our 30th anniversary. Mariah is a staunch LGBTQ+ ally and having her perform at Pride really helps us highlight our campaigning for LGBTQ+ equality to a global audience.
Mariah is headlining the main stage but there are loads more artist announcements to come. Watch this space for more great LGBTQ+ performers and allies over the coming weeks.

A pack of new shows are ready to fill our schedule from this week! "Queer Culture" on air every Thursday at 7pm, hosted by Jacob & Holly. Queer News and fun chat along with great music!     "The Twink Talks" on air every Saturday at 10am with Matthew, is an informal, lighthearted, camp and comedic talk show that discusses everyday topics such as relationships, university, family and much more! […]