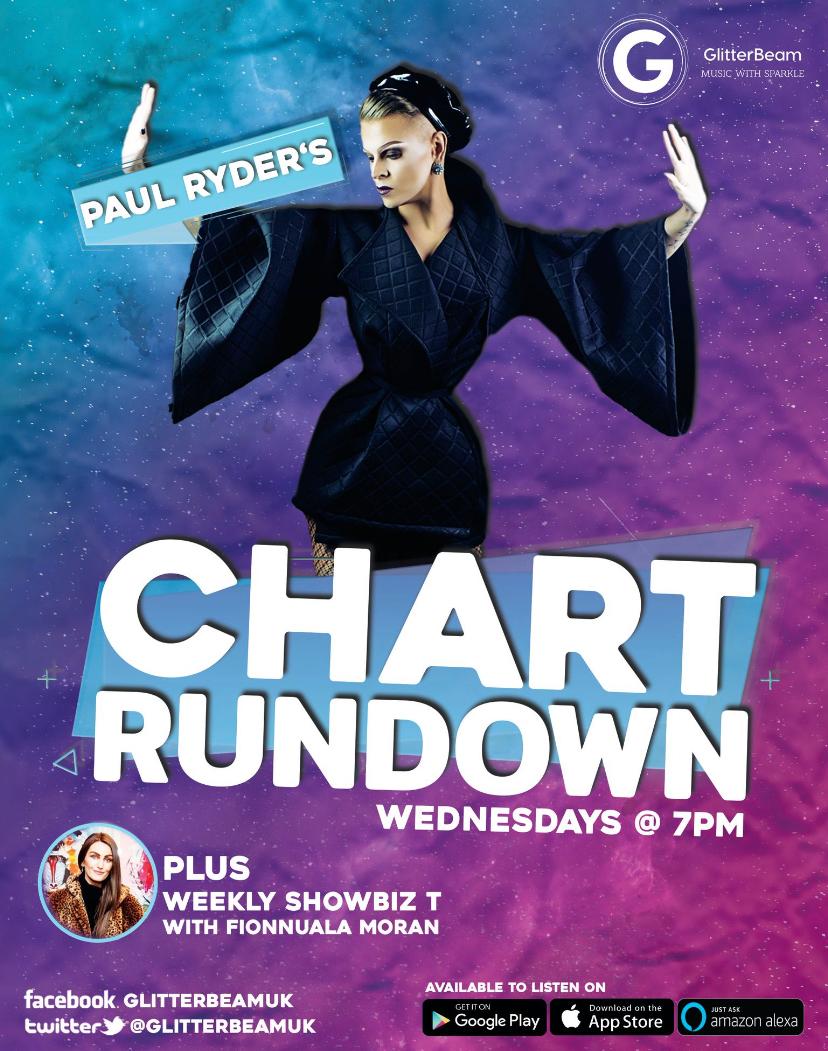 Every Wednesday at 7pm, starting on the 6th of may, it’s time for a Chart Rundown! Paul Ryder is the host of this brand new show, and will guide you through the top 20 songs, news and an exclusive Weekly Shobiz T, with Fionnuala Moran!

Paul is currently entertainment reporter for Ireland Am Irelands no 1 morning TV show. He began his career with Alan and Karl, Anthem Productions where he has worked the ranks up to Artistic Director/Choreographer for the company.

In 2018 Paul was a contestant for Virgin Media Ones hit show Irelands Got Talent where he stormed the stage to the semi-finals which has sent his career soaring. Since then his career took off performing all over Ireland including hosting main stage LGBT events throughout Ireland including Dublin & Cork Pride. In August, he was awarded the first ever Dominos All Star Award for his Contribution to Entertainment in Ireland.

BECOMING is an intimate look into the life of former First Lady Michelle Obama during a moment of profound change, not only for her personally but for the country she and her husband served over eight impactful years in the White House. The film offers a rare and up-close look at her life, taking viewers behind the scenes as she embarks on a 34-city tour that highlights the power of […]