Pride on Sky TV: All the shows to watch 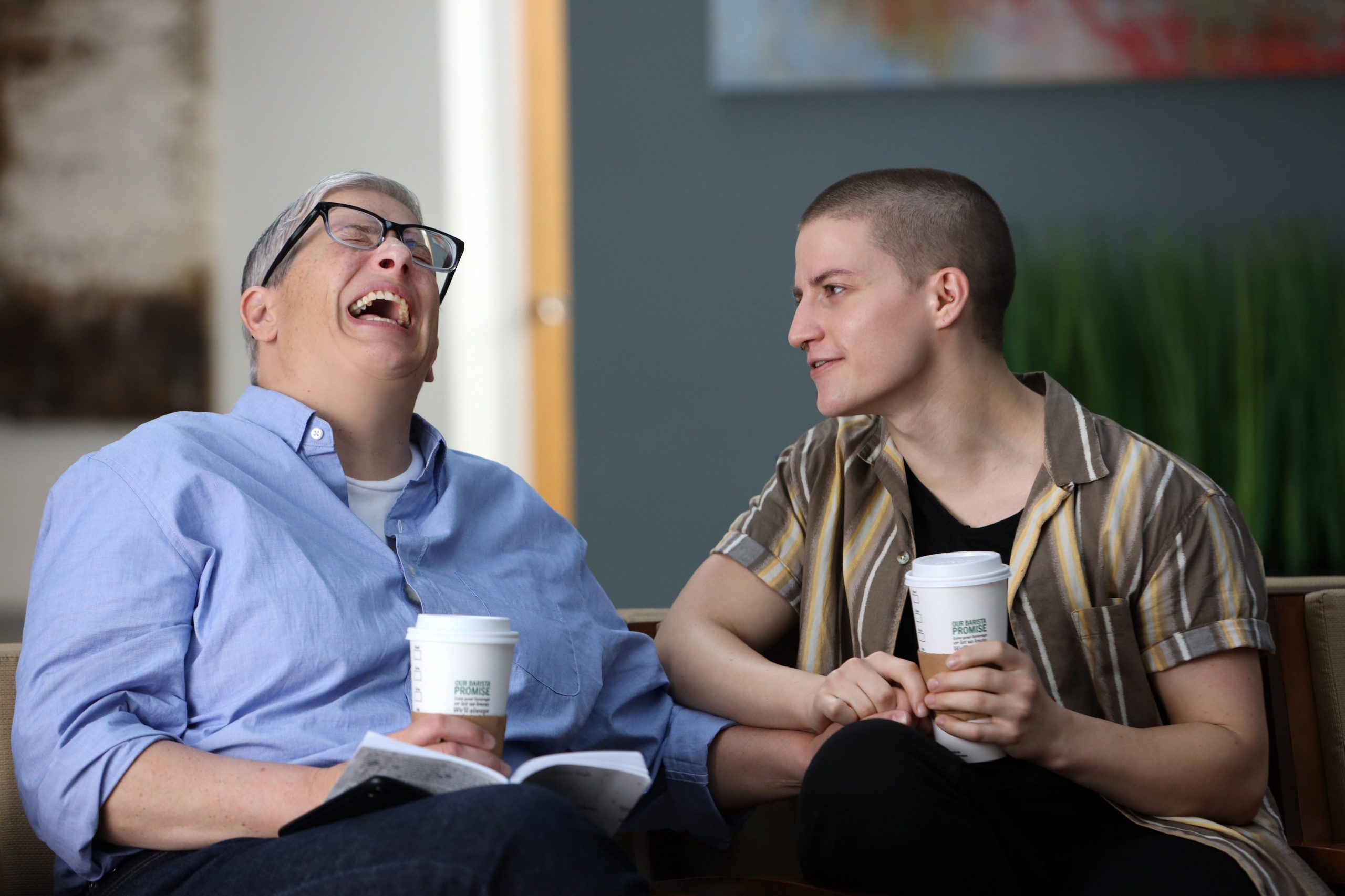 Despite parades and celebrations being cancelled during lockdown, Sky is keeping Pride alive and celebrating with a look at all the TV shows and films that tackle LGBTQ+ issues and explore important storylines, available to watch now and coming soon later in 2020.

Euphoria looks at the life of a group of high school students as they navigate love and friendship in a world of drugs, sex and trauma. Recovering addict Rue gains a new lease of life when she meets young trans-woman Jules, while navigating the darker side of teenage life in the age of social media.

Inspired by Crystal Moselles critically acclaimed film in 2018, Skate Kitchen, this six-part comedy follows a diverse group of young New York based female skateboarders as they grind their way through what is still a male-dominated pastime. Our New favourite show Pride.com

The much-anticipated sequel to the ground-breaking series The L Word, this follow-on series follows the lives of gay friends Jennifer, Kate, Leisha, and Hailey as they experience love, heartbreak, sex, setbacks and success in LA.

Say hello to love, sex and confusion in Julia Davis’s wickedly dark comedy following the fallout of one woman’s sexual reawakening after she meets the charismatic, but slightly deranged, Emma and embarks on a wild affair that quickly spirals out of control.

Three generations of a family with separate but intersecting obsessions – trying to figure out how to die with dignity, live with none and make it count. While Palliative Care Specialist Dr Kate Brennan attempts to maintain her relationship with her suicidal mother Edie, her son Oberon struggles with his trans journey.

The longest running prime-time medical drama in the US and the show that put hitmaker Shonda Rhimes on the map, Greys Anatomy is recognised for featuring several same sex relationships across its 16 seasons.

Paul Giamatti and Damian Lewis star in this bold drama set in the ego-driven world of New York high finance. Season two sees the introduction of Asia Kate Dillon as Taylor a brilliant hedge fund intern who marks the first instance of a non-binary principle character in a US television series.

An in-depth ‘warts and all’ portrait of one of the most important and controversial figures in contemporary gay America – the legendary author, activist and playwright, Larry Kramer. A political firebrand who gave voice to the outrage and grief that inspired a generation of gay men and lesbians to fight for their lives.

WIG
Available on 7 July, Sky Documentaries, & NOW TV
Spotlighting the art of drag, and centred on the New York staple Wigstock, Wig showcases the personalities and performances that inform the ways we understand queerness, art and identity today.

Focussing on the relationship between best friends Will, a gay lawyer, and Grace, a straight interior designer, this US sitcom was one of the first to feature openly gay principle characters.

A young Philadelphia lawyer who is infected with AIDS keeps his homosexuality hidden from his employers. When he is suddenly dismissed, he hires a homophobic lawyer for a wrongful dismissal suit.

Two young footballers are sharing a hotel room the night before their first Champions League match, when one of them makes a move, a shared experience goes on to change the course of Jason and Ade’s lives.

A rising young filmmaker who uses his relationships as material for his films is thrown into emotional turmoil as his career teeters on the brink of disaster, but a surprise love affair forces him to rethink the path to happiness.

Based on a true story, Virginia Woolf meets fellow author Vita Sackville-West in London in the 1920s. Despite both of them being married, they embark on an affair that later inspires one of Virginia’s novels. A daring celebration of an unconventional bond, and a vivid exploration of gender, sexuality, creativity and passion, Vita & Virginia details the love story of two women who smashed through social barriers to find solace in their forbidden connection.

Set in 1993, 39-year-old gay author Jacques begins an intense romance with 22-year-old Arthur. Between looking after his son and coming to terms with his impending fate, Jacques struggles to keep things platonic with Arthur to prevent heartache.

Tell It To The Bees

In 1952 Dr. Jean Markham returns to her Scottish hometown to take over her late father’s medical practice. She soon becomes ostracized by the community when she begins a passionate romance with a woman who has a young son.

A colourful and celebratory musical journey into the world of a boy struggling to find his own identity. Ulysses is a shy and effeminate boy who finds himself coping with new responsibilities as man of the house after the death of his father. Living alongside his mother, younger brother, and conservative aunt, Ulysses is also struggling with questions about his gender identity. His journey takes a turn for the better when he finds a vibrant transgender community, who take him to “Saturday Church,” a program for LGBTQ youth.

Hoping to get support from his mother (Naomi Watts) and grandmother (Susan Sarandon), a New York teen (Elle Fanning) prepares to transition from female to male.

Realising that they share common foes in Margaret Thatcher, the police and the conservative press, London-based gay and lesbian activists lend their support to striking miners in 1984 Wales.

Nominated for an Oscar for Best Actor, Colin Firth portrays George Falconer, a depressed homosexual British university professor living in Southern California in 1962. George wants to kill himself after his partner of 16 years dies in a car accident. On his last day, his chance meetings with students, colleagues and his best friend Charley help him make a decision. 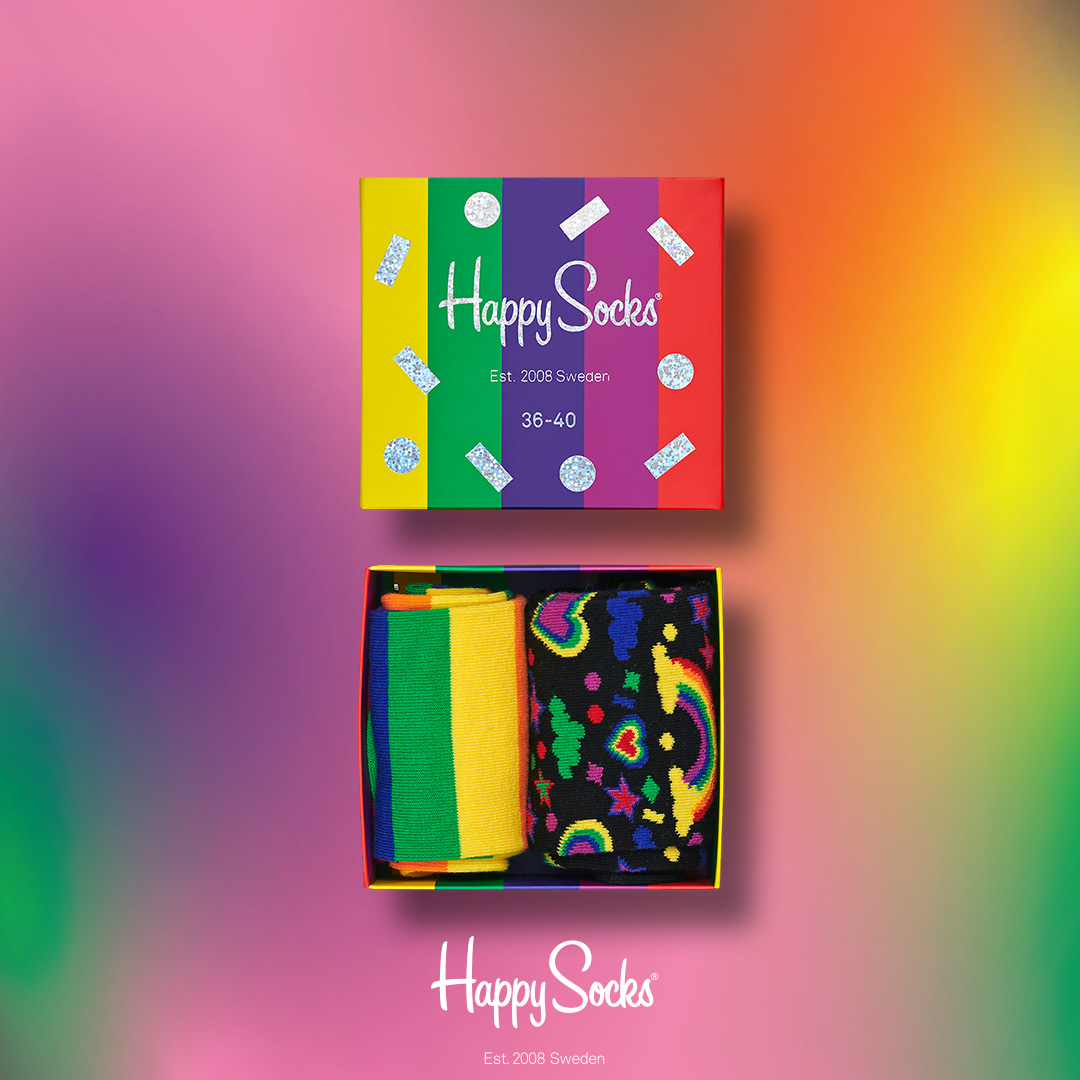 Pride with Happy Socks and an exclusive 20% discount!

Its Pride Month and you can celebrate with style, color, creativity and freedom of self-expression, with the Happy Socks 2020 Pride Collection! Together with the Phluid Project, a gender-free brand dedicated to empowering individuals to be themselves, Happy socks have created a colorful collaboration forPride2020. Designed with shared love for acceptance and freedom of self-expression as a foundation, this collection is loud and proud of it. As a brand, Happy […]