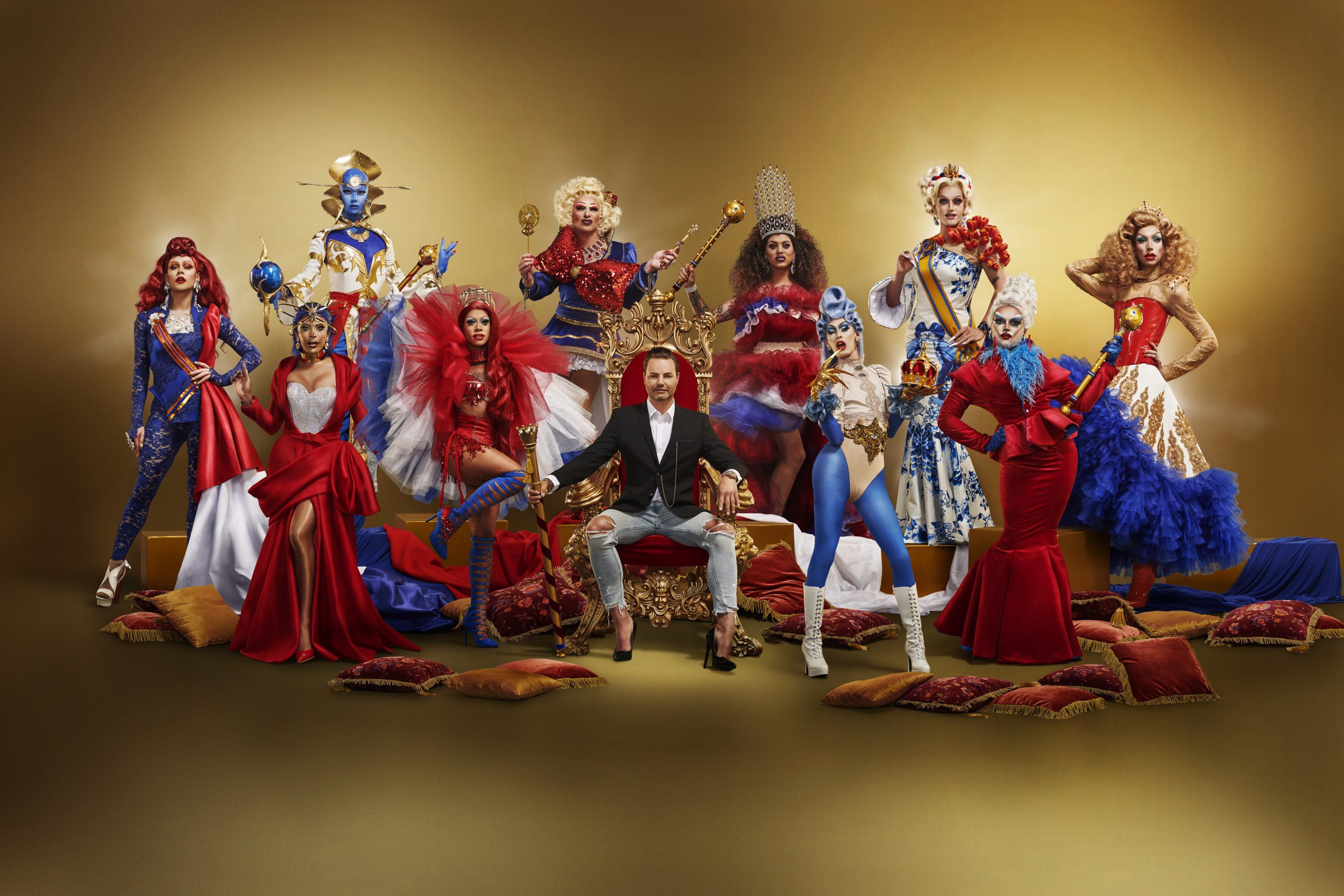 Drag Race Holland, which is set to premier exclusively on WOW Presents Plus in the UK, has revealed the ten fabulous and fierce drag artistes who will compete to become the international spin-off’s first crowned queen. Showcasing their charisma, uniqueness, nerve and talent, the queens reveal their stunning royal lewks in first-look portraits and brand-new trailer. Get ready tulip-sync for your life.

Episode one premieres on Friday 18th September exclusively in the UK on the WOW Presents Plus subscription streaming service. Watch as the new line-up sashay down the runway each week in hopes that host Fred van Leer will crown them as the Netherlands’ first Drag Race superstar.

In addition to the coveted title, the winner of Drag Race Holland will receive a cover shoot in the Dutch magazine Cosmopolitan Nederland and a specially made haute couture dress by the Dutch designer Claes Iversen.

Get ready to experience new personalities, witness more drama and, most of all, watch and learn how these queens create and captivate with their style of drag. From the iconic challenges to ‘werk’ room chats and lip sync battles, Drag Race Holland serves up everything you love about RuPaul’s Drag Race, whilst showcasing new forms of the art, more personal stories and an insight into Dutch LBGTQ+ and drag culture.

Drag Race Holland is produced by Netherlands based production company Vincent TV Production for RTL’s Videoland and is Executive Produced by World of Wonder as the format owners.

WOW Presents Plus is the streaming service brought to you by World of Wonder. Featuring 450+ hours of ambitious, ground-breaking and diverse content, it houses the biggest and best LGBTQ+ content library in the world; including for the UK: Werq The World (series 1-2), RuPaul’s Drag Race (series 1-10) RuPaul’s Drag Race: All Stars (series 1-5),RuPaul’s Drag Race: Untucked, UNHhhh, Morning T&T and critically acclaimed documentary films such as When the Beat Drops, Becoming Chaz, Party Monster and Out of Iraq.

Offering a 7-day free trial for new subscribers, WOW Presents Plus is available in the UK for as little as £3.49 p/month. Find out more at www.uk.wowpresentsplus.com

Drag superstar Heidi N Closet is the latest RuPauls Drag Race queen to spill the tea on WOW Presents Plus when brand-new series, Gap Chat launches on the platform from September 14th, reminding you that life is to live, laugh and love. Fresh from the latest US series of RuPauls Drag Race, Heidi N Closet is one of the sweetest drag queens who quickly stole the hearts of viewers becoming […]