“UK HUN?” by United Kingdolls is storming the charts 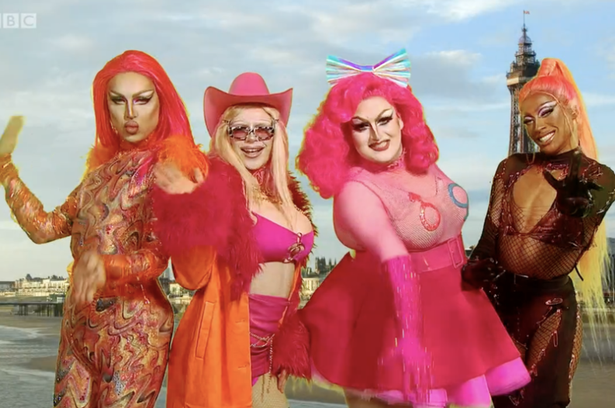 RuPaul’s Drag Race UKs hottest new girl group, United Kingdolls, is storming the UK charts with the release of their new single, UK Hun? The breakout song from the UK version of the Emmy award-winning-show is available to stream now on all major platforms via World of Wonder Records. We predict it will shan-stay at the top of the charts for a while, as fans of the show cannot get enough!

The United Kingdolls, whose members include contestants A’Whora, Bimini Bon Boulash, Lawrence Chaney and Tayce, served up girl-band realness as they took to the stage to perform the song on episode five of the hit shows second series. The queens were tasked with writing and performing their own sickening verses as they competed in the franchises RuRuvision Song Contest against rivals Bananadrama – Eurovisionpresenter Graham Norton was even on hand as a guest judge to help deliver the final scores. Not only were the United Kingdolls told youre a winner baby, but viewers could not get the winning track out of their heads and the song quickly death dropped at #1 on the iTunes Charts, #25 on the Official Singles Chart and #4 on the Official Big Top 40 the highest new entry that week!

UK, HUN? looks set to become yet another smash hit from World of Wonder Records, who have received widespread acclaim from the release of several tracks from the RuPauls Drag Race franchise. Most recently the media agency entered the charts with RuPauls Drag Race UK series ones breakout group, the Frock Destroyers, whose hit Break Up Bye Bye slayed the charts and led to them releasing their debut album,FROCK4LIFE, at the end of 2020.

As the popularity for UK, HUN? grows, the track has been predicted to sashay all the way to #1. This would be a first for the global franchise, as well as a first for any drag group – now that’s a gag! Fans have been so shook that many are campaigning for the United Kingdolls to represent the UK at the real Eurovision Song Contest.

AWhora, Drag Race UK S2 queen, says: The reaction to UK, HUN? Has been bing, bang, bonkers! The fans, the nans, the aunts and cousins have all been tuning in and singing along, and we love to see it! To think 4 drag queens are in the official charts is mental, from Ru-Ru vision to EUROVISION! its the United King-domination.

Bimini Bon Boulash, Drag Race UK S2 queen, says: Hearing my lyrics about gender and self-expression being played on Radio 1 has been a dream come true. The song is about positivity and having a good time, which is exactly what we need right now. It’s 3 minutes where it’s okay for you to be silly, laugh and have fun. I’m so excited people are loving it the way they are!”

Lawrence Chaney, Drag Race UK S2 queen, says: Im so thrilled that, as someone who doesnt dance or sing as part of their act, I kept up and realised my full potential as a queen. You can be a pop star if you put your mind to it! We had the most fun! And Im excited for what we do next! Maybe itll be from Helensburgh to Eurovision…

Tayce, Drag Race UK S2 queen, says: Im absolutely over the moon with the love and support weve all had. All the artwork thats been made, the TikToks, seeing children, elders and everyone in between living for it and blasting it in their cars is nuts! Id never think that this camp old ditty bop would make its way to the charts, its mind blowing, and I love it!

Fenton Bailey, Co-Founder of World of Wonder Records and Executive Producer on RuPauls Drag Race UK, says: Were so thrilled by the chart success of UK, Hun? It’s a tonic for the nation during these challenging times and a reminder not to give up on fun. It’s also an anthem for sissy kids everywhere trying to find their place in this world. But wait there’s more! It doesn’t have just one key change, it has two!

Tom Campbell, Head of Development at World of Wonder and Executive Producer on RuPauls Drag Race UK, says: Like the Spice Girls before them, the United King Dolls are a musical phenomenon that could only happen in the UK, with an unbridled joy that will continue to thrill fans around the world.

Musician, co-songwriter and producer of UK, HUN?, Leland, says: When writing the chorus for UK Hun?, I was inspired by songs like supercalifragilisticexpialidociousas well as past Eurovision entries.My intent was similar to the Mary Poppins tongue twister in that when you dont know what to say, just say Bing bang bong! The B-52s, who Im a massive fan of, inspired the chanted and sung feel of the pre-chorus. As ridiculous as this song is, its the queens that truly brought it to life with their iconic verses, and I couldn’t be happier with how its been embraced by the UK audience.

Composer, co-songwriter and producer of UK HUN?, Freddy Scott, says: The second we came up with the chorus line Bing Bang Bong I knew we had the makings of something really cool and catchy. From a musical standpoint, I wantedto keep it infectious and simple, and I found myself inspired not only by iconic bangers from Queen, but also earworms like Crazy Frog. All it took was a simple beat, a few synths, and a bright acoustic guitar for the song to come to life.

UK, HUN? was co-written and produced by Brett McLaughlin, aka Leland, who has worked with an impressive number of top global artists, including Allie X, Troye Sivan and Selena Gomez. Leland has worked extensively with World Of Wonder and has helped to produce many other hit tracks from the Drag Race franchise and its queens, including UK S1 girl group the Frock Destroyers hit single Break Up Bye Bye and their recent debut album, FROCK4LIFE.

World Of Wonder is an LA-based, multi-award-winning media company and the mastermind behind the Emmy Award-winning franchise, RuPauls Drag Race. For almost two decades they have sought to promote LGBTQ+ talent, stories and culture to mainstream audiences and have since diversified through the creation of their own record label, World Of Wonder Records. The agency alsoproduces RuPaul’sDragCon,the worlds largest drag convention and has expanded their digital presence with theirown on demand service, WOW Presents Plus, now available in 161 countries including the UK.

UK, HUN? is available to download and stream now on all music streaming platforms, from World Of Wonder records. Download the track on iTunes here. 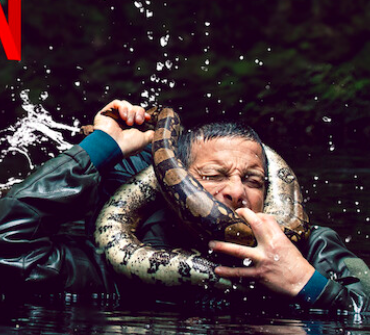 February 2021 on Netflix: here are the titles announced so far. Kid Cosmic - Cartoon Series (2nd of February) Kid Cosmic follows the adventures of an imaginative and enthusiastic boy who lives with his free-spirited Grandpa in a sparsely populated desert town. The Kids dreams of being a hero seem to come true when he discovers 5 Cosmic Stones of Power in a wrecked spaceship. He forms a team of […]