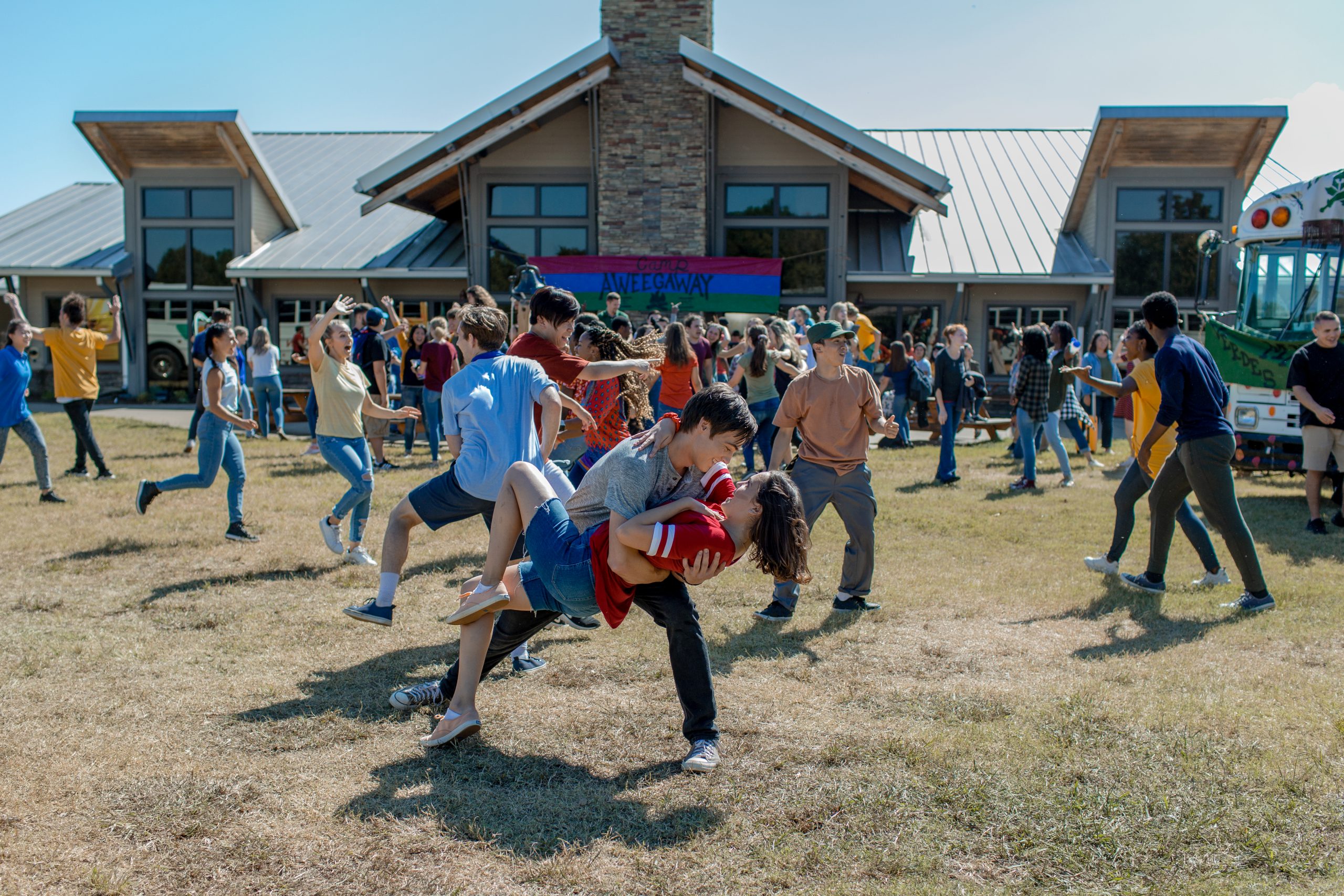 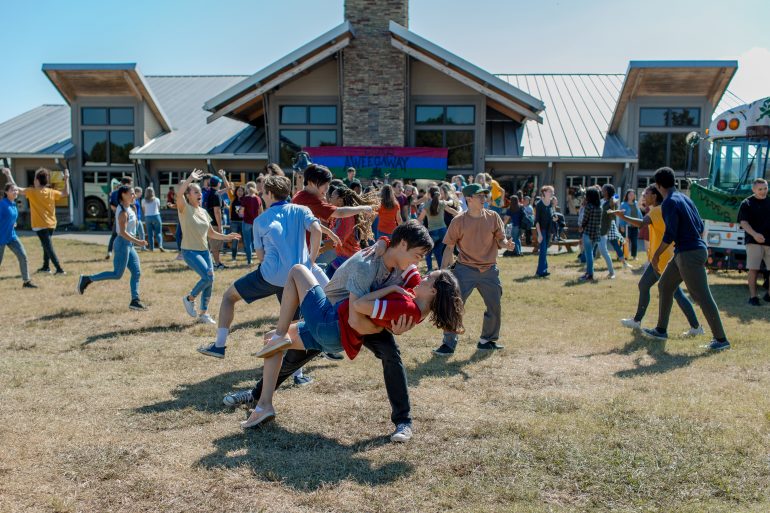 A Week Away is Netflix’s first foray into the burgeoning world of Christian cinema. Whilst its an oft mocked genre due to plot contrivances and low production values, it’s undeniable there’s money in Christian movies and I can’t blame Netflix for taking advantage of the growing demand. I can, however, blame them for creating this bland, unoriginal and simply dull musical.

A Week Away follows Will, a foster kid who, to avoid a sentence in juvenile hall for stealing a cop car, is sent to a summer camp. Quickly he finds friends and learns many lovely lessons that are more obvious to the viewer than the fact this movie had a shoe-string budget. The problem here is that it’s all criminally inoffensive – with focus on the word “criminal”. It’s incredible how for such a hardened thief like our lead, who may I add has been through multiple foster homes and schools and is about to be sent to juvie, he is truly the least interesting character in history. There’s no development or significant change in his character because he simply starts off as a nice kid. It’s like they desperately wanted Danny Zuko but had to settle for a Daniel Radcliffe circa 2001.

Written by Alan Powell and Kali Bailey, the screenplay is, to be honest, a disaster. It wouldn’t surprise me if the screenwriters didn’t even know what character development is, since so many new characters are thrown so quickly into the movie that none of them get much past paper thin. You’re essentially watching characters at the end of their arcs dance for an hour and a half.

Ironically, amongst all this mess, the script does manage to garner a few laughs. A joke about Braveheart made me chuckle early on which is surprising since the rest of this is a disaster, and it all works to make the film feel a little more likeable. An attempt was clearly made to turn this paper thin story into something genuinely watchable, but it would take Sidney Lumet to make this source material even slightly decent rather than the music video extraordinaire Roman White who helms this mess.

Even then, there are some things about A Week Away I did genuinely like. Like any good Christian movie, it manages to avoid putting the specific Christian message at its forefront, instead telling a story that reflects its morals in its characters, making them much more powerful to it’s intended audience. The music is also pretty great all things considered – the first song is horrible, but it quickly gets better, eventually reaching the heights of High School Musical, a lofty achievement that few musicals aimed towards a teen audience can proclaim.

I don’t inherently dislike Christian cinema. I think Passion of the Christ is excellent, if that counts, and even the more recent Joseph Fiennes lead Risen is rather entertaining. But, of course, that’s not what people think of when they think of Christian films. They’re often cheap, paint by numbers affairs that do little to break new ground, retelling the same stories with barely any charm. A Week Away has some of that charm, its characters are inherently likeable, but the charm doesn’t translate into entertainment. There’s undoubtedly talent involved, and it will find its audience, but even die hard Christian cinema fans will find this at best forgettable. More interesting than the movie is that co-screenwriter Adam Powell is producing an adaptation of “Do the Birds Still Sing in Hell” which is both quite amusing for its stark contrast with A Week Away and for the fact that, if it’s made with the same production values, I imagine the WWII battlefields will be recreated in a small park in Rutherford.

Honestly, if you are Christian and looking for a great movie with values that align with your own, I’d suggest looking elsewhere, as “A Week Away” is “A Total Snoozefest”. 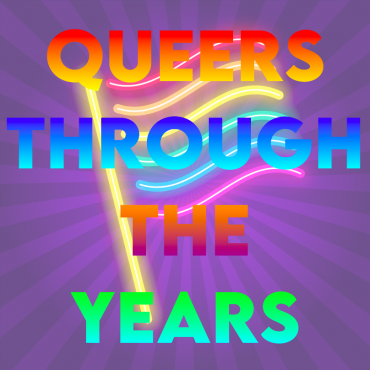 3 “Butch” British Lesbians You Need to Know About

"Queers Through the Years" is the section curated by Molly Saxby Through the years butch has come to mean the masculine lesbian - her with the short hair, the tailored clothing, and the dominant demeanour- but how has she come to be and how has she taken shape throughout time? I will be taking you along a whistle-stop tour of three of the most iconic and defiant lesbians of their […]