It’s exceedingly difficult to accurately review a movie like Netflix’s new animated offering “Secret Magic Control Agency”. On the one hand it doesn’t have the lavish budget of a Pixar production, nor the years worth of complex, tried and tested experience of something like Studio Ghibli. It’s a Russian made animation, translated into English with voice acting and screenwriting that leaves a lot to be desired, but for a Netflix release that dodges cinemas it fares better than a lot of other cheap, straight to VOD offerings – especially in the animation department.

The film follows a member of the titular Secret Magic Control Agency, Gretel, as she attempts to find the kidnapped king in a fairytale land alongside her swindler brother Hansel. The first major issue with Secret Magic Control Agency is obvious within its opening 10 minutes – the dialogue. I can only assume, using the little to no press information provided by Netflix and the meagre behind the scenes offerings online, that the film was initially written by its team of 5 screenwriters in Russian before being translated into English. This leads to dialogue that yo-yos between stilted and comically bad, often spoiling emotional moments and making the plot seem much dumber and more childish than it actually is upon closer inspection. Added to this is a voice cast pulled straight from mediocre anime dubbing to provide uncomfortably mixed acting that creates a strange form of auditory uncanny valley – they almost sound human. Supposedly more than 57 script variants were written, but the obvious pass by a native English speaker to clean up issues with dialogue seems to have never been completed. I don’t blame the filmmakers here – they’ve done a solid enough job putting something together in a different language than their native one and they don’t fall back on pop-culture references as a replacement for jokes like many cheaper productions would be tempted to do. With a little more work it could’ve been much more effective.

The animation itself was in development for a large amount of time and it shows. The benefit of the 57 script variants and variety of ideas being tossed around is that the film is filled with gorgeous visuals and genius ideas. Surprisingly the quality of animation is only slightly below Disney, with lush, eye-popping environments, colourful set-pieces and utterly jaw-dropping wide shots helping create a world filled with beauty. Characters are all well designed and appealing, and the cutesy designs of things like the obvious Minion knock-off cupcakes or the adorable cookie puppy made me smile from ear to ear. Despite being seemingly much more on the cheap scale in regards to animation, Secret Magic Control Agency is incredibly impressive, showcasing sheer technical skill in every single sequence. I cant imagine how much closer to a big-budget Disney movie this wouldve been if seen on the big screen, and its a real shame the pandemic squandered that overall opportunity.

What really makes this movie, however, is the imagination. Over such a long development period ideas managed to grow and flourish, turning a simple adaptation of the initial Brothers Grimm fairytale into a deep-dive into cleverly put together magical worlds. A Witchs hut, the key staple of Hansel and Gretel, becomes a walking, magical hut that crosses a swamp and includes a flying machine in the attic. A lady-in-the-lake turns into a gorgeous lakeside city built into a mountainside conch-shell with a spiral staircase that is a feast for the eyes. Even in the background of what is a pretty standard fairy-tale city are various details, from colourful bottles and spells to hanging flags with Beauty and the Beast printed onto them. The level of thought that has been put into this is genuinely staggering.

So, the question is, will kids like this? Definitely. Secret Magic Control Agency is guaranteed to keep your kids entertained for its hefty 1 hour 45 minute running time. However, when compared to some other Netflix offerings, mediocre voice acting and iffy dialogue translations make for a frustrating and uncomfortable watch at points, something viewers over the age of 12 are likely to pick up on. The Brothers Grimm extended universe it teases in its final moments would be something Id love to see come to life, if only to give sequels a second chance to improve upon the dialogue and create an animated series worthy of its own lofty ambitions. 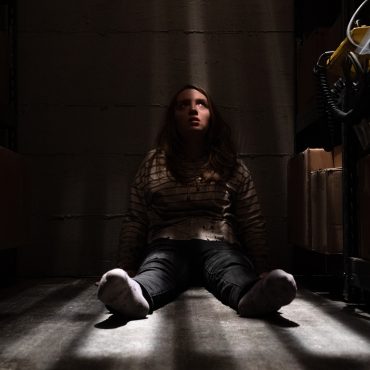 It's that time of week again! Outtakes (my Tuesday show on Glitterbeam Radio) has been and, sadly, gone, and now it's the longest possible time before I can mic up and talk all about movies with you all! But, never fear, I am rounding up this exciting and frankly really brilliant week in the world of movies with the best, the worst and the most interesting movies of the past […]