Its that time again folks, the Outtakes weekly report! Outtakes has been and gone, and now its a full week before we get all those exciting movie reviews back! Dont forget though, we post the weekly report on here after every episode of Outtakes AND we post a bunch of reviews throughout the week!

But what was good and what…downright sucked this week?

A disaster from director Ben Falcone, this tragically unfunny comedy is stuck firmly in the 1990s. Outdated, boring and slow, its a chore to sit through, with only Melissa McCarthys overall talent and a weird offering from Jason Bateman making it at all watchable. Thunder Force is a failure and Ben Falcones 100% miss record is intact. Whyd you drag McCarthy into it?

The polar opposite of Thunder Force, Palm Springs is hilarious, fresh and really well put together. A brilliant turn from Andy Samberg takes a concept thats been done to death – the time loop phenomenon – and makes it an exciting and charming piece of work. The only fault I have with it is that sometimes it makes its next move plainly obvious, so its unlikely to surprise but its also guaranteed to entertain.

Coded Bias is an inherently flawed documentary, often wandering off from its most interesting subject, but the fact is that despite its issues the subject is undeniably engaging. Its hard not to be in constant shock at the twists and turns the doc takes, and even when it goes off the rails its final message is clear. A decent enough documentary that, with a little more focus, couldve been a masterpiece.

And that’s everything folks! We’ve got some stuff to look forward to this week, with the release of “Love and Monsters” onto Netflix which we’ll be chatting about next week and the exciting new Netflix doc “Why’d You Kill Me?”. Finally, on the website, we’ll have the review for “Sound of Metal” coming up! But, until Tuesday, catch me uploading reviews straight to here this week and, as always, contact us on @glitterbeamuk on Facebook, Twitter and Instagram! 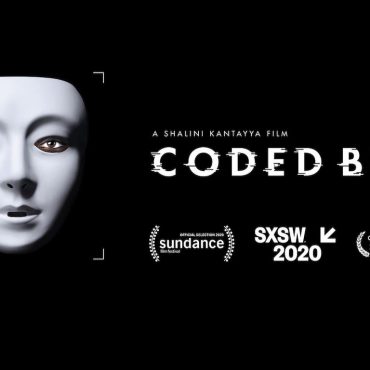 Coded Bias represents both the best and the worst of streaming documentaries. On the one hand, Coded Bias has exceedingly important things to say about the way technology can be racist, sexist and classist, targeting the poorest communities and destroying lives. Conversely, it's an overstuffed and frustratingly long mess that spends only half of its 1 Hour 25 minute running time giving you new information. The rest is filler, the […]