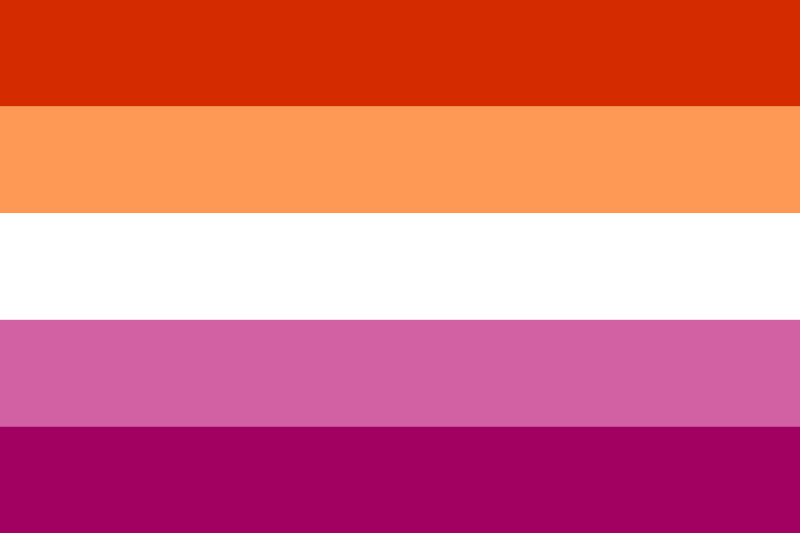 “Queers Through the Years” is the section curated by Molly Saxby.

Arena Three was the first British lesbian magazine, beginning in 1964 post-war Britain and running up until 1971. We will look at the story of the magazines production and its contribution to the lesbian community and its history!

The idea for Arena Three was born by Esme Langley in 1963 when she contacted three contributors: Cynthia Reid, Julia Switsur and Patricia Dunkley, to form the first periodical for lesbians in Britain. The first magazine was published in Spring 1864 and set out its agenda to conduct and to collaborate in research into the homosexual condition, especially as it concerns women and to spread information to people such as universities, writers, poets, editors, social and education workers. At its height, Arena Three reached around 7000 readers. 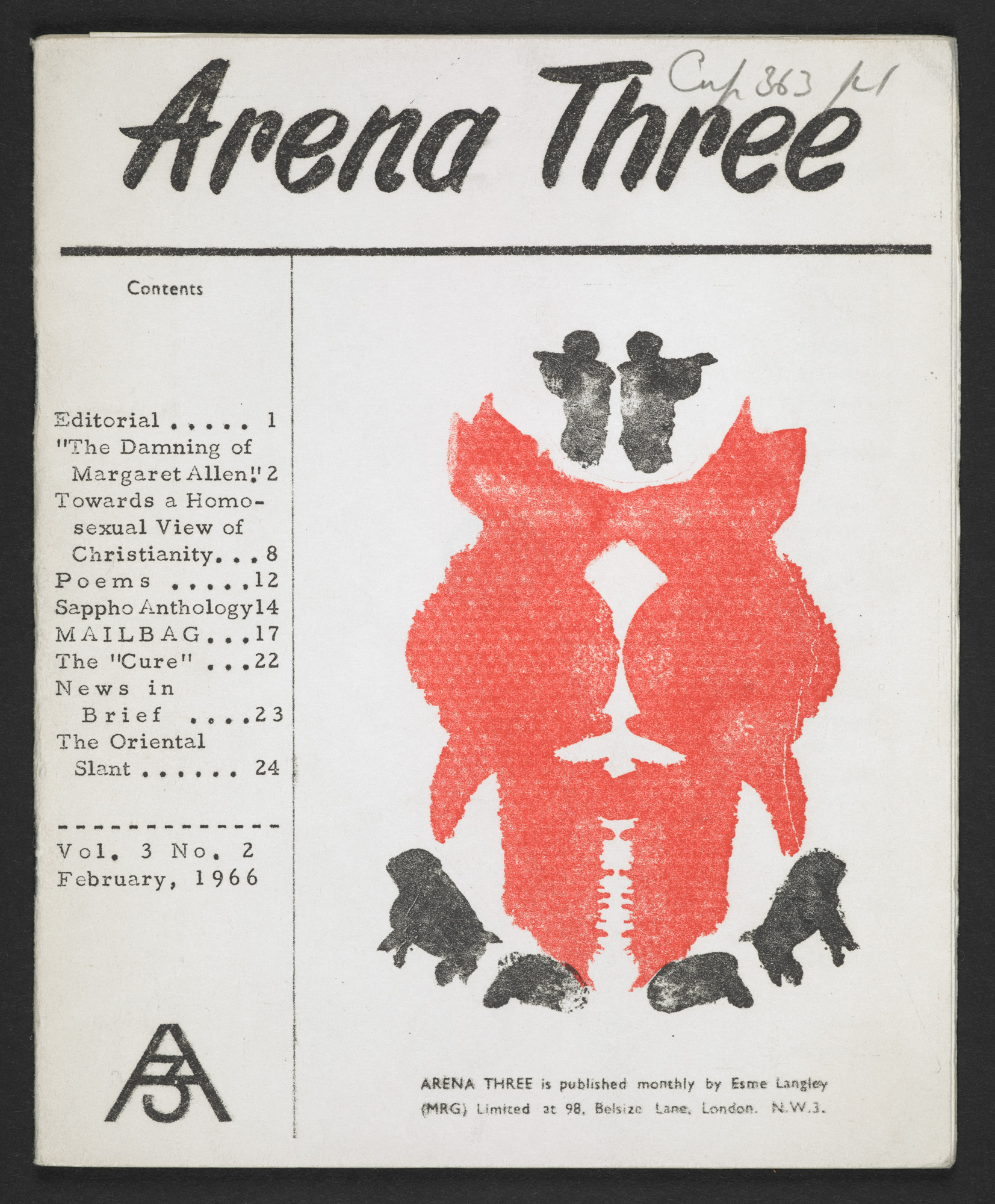 Much of the readership of Arena Three was exclusive to the LGBTQ+ community and was dominantly lesbian and middle-class. The magazine was only available via mail order/subscription and was hard to access for many because of warnings of the implications of purchasing for married women. As a result, Arena Three required married women to obtain written consent from their husbands to subscribe; therefore, married, heterosexual or closeted women could only access the magazine with the permission of their husbands. This limited the readership and accessibility of the magazine because lesbianism was by no means accepted in wider society at this time. 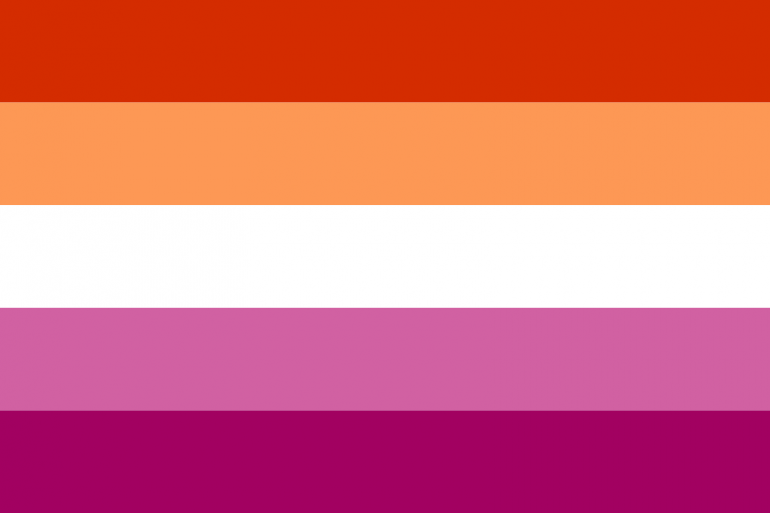 It has been suggested that Arena Three converged with an emerging lesbian subculture in post-war Britain. Meetings for the magazine promoted discussion and debate about lesbian identities such as the meanings of butch and femme and the magazine itself focused on a wide variety of topics and issues including debates around a homosexual cure, lesbian poetry, short novels, and updates on the formation of societies such as the Literary Circle. Whilst Arena Three was a tremendous and ground-breaking contribution to the lesbian community and its history, the magazine did not encompass all lesbian women within its pages but instead focused upon a respectable and palatable version of lesbian identity and in many ways served assimilationist aims.

Arena Three ran up until July 1971 due to conflicts over administration and financing but was followed by the rise of a new publication in 1972, Sappho which had a more progressive and feminist standpoint. 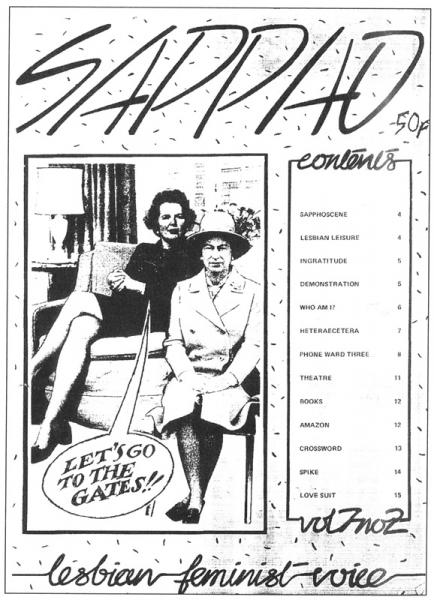 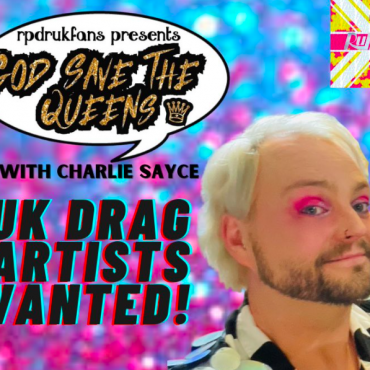 Calling all UK Drag Artists for “God Save The Queens”

"God Save The Queens" doesn't end with the latest "Drag Race" season, but will continue to be on air every Sunday at 19:00. And we want to showcase the amazing talent of Drag Queens around the UK, therefore we are looking for Drag Artists to invite on the show! Our Charlie Sayce is ready to invite you to be special guest for an episode, showcase your talent and stay in […]