The Story of Maud Allan 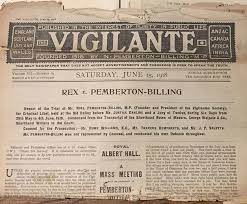 The Story of Maud Allan

Maud Allan was a Canadian-born (1873) woman who first rose to fame for her dancing and later for the publicity surrounding a libel case which discussed her and her performances. Allan’s family moved to San Francisco in her early life, and this is where she began her professional dance career.

Allan’s dance was greatly inspired by Oscar Wilde’s play, Salome, and led her to create the Vision of Salome which was first performed in Vienna in 1906. Wilde’s play was greatly controversial for its interpretation of biblical figure Salome’s dance in which he performed in front of Herod with the head of John the Baptist on a silver plate. In Wilde’s controversial version of this tale, Salome kisses Johns severed head. Allan’s dance interpretation of the story became famous for its seductive nature and her revealing costumes.

Considering Wilde’s reputation as a sodomite or homosexual, Allan’s association with his play and her confident, sexual, and revealing dancing and nature created controversy around her name (check out Queers Through the Years post on Oscar Wilde for more information!)

Later, after moving back to the UK, Allan agreed to a role in the German Theatre in London Programme in 1900, a controversial venue during the First World War, and gained both a speaking and dancing position here. This performance required audience members to complete an application because the performance was unlicensed due to the censorship imposed upon Wilde’s works following his trials. 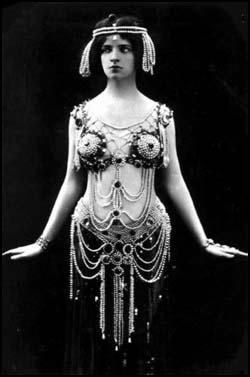 Upon returning to London, Maud came across some old enemies, most notably Noel Pemberton Billing and Arnold Henry White. These men were renowned for the establishment of the Vigilente Society, a notoriously right-wing society which was founded in the interest in the purity of public life and spread its message through its newspaper, The Vigilante.

After hearing rumours that Allan was a lesbian having an affair with Margot Asquith, the wife of the former prime minister, Pemberton Billing and White set out against Allan and her career. On the 16th of February 1918, The Vigilante printed the headline The Cult of the Clitoris which posted alleged libellous content against Maud Allan. The paper critiqued Allan’s performances of Salome and implied her lesbian sexuality and membership in a cult of women loving women; lesbian sexuality was profoundly unacceptable and frowned upon in society despite never being criminalised. It was further speculated that Allan’s performances would attract audiences from members of the Black Book (a list of high-profile homosexuals who were believed to be being blackmailed by the German government.)

Maud spoke little during the trial but admitted knowing little about the meaning of Salome. Nonetheless, the judge slandered her costumes and stated that they were worse than nothing due to their revealing nature. 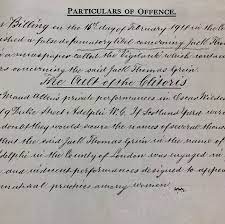 The judge went into great detail of how Allan’s play and performance was inappropriate for both public and private audiences and publicly scrutinised and slandered Wilde, Salome, and Allan as a result. Finally, the jury ruled that Pemberton Billing was not guilty.

Despite this disappointing result, the trial created speculation and visibility around lesbianism in the public sphere. Consequentially, there was great fear in parliament that this publicity would bring attention to women loving women and it was suggested that the magistrates should dismiss it to avoid attracting greater attention.

It is important to note that during the build-up and wake of the First World War, society was looking for scapegoats; much of this attention was diverted onto the queer community to distract from government decisions and stresses. The trial evidences social anxiety around lesbian relationships and was followed by a bill to criminalise lesbian relationships in the House of Commons in 1921 which ultimately failed due to fear that it would further increase lesbian visibility. The Maud Allan case contributed to fear of homosexuality, particularly in women, and of sexually liberated women in a time which sought to continue suppression of sexuality and confidence. 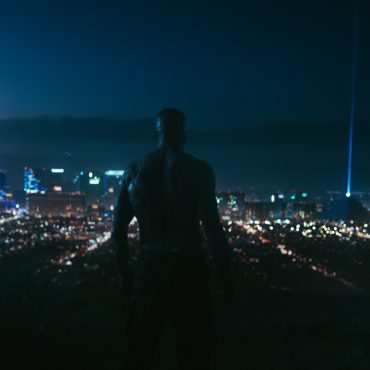