The Man on the New 50 Note: Alan Turing 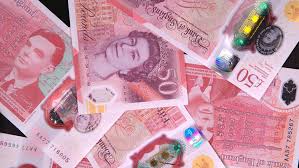 The Man on the New 50 Note: Alan Turing

Alan Turing was put on the new British fifty-pound note in June 2021. The story of the man on the note is an incredible one which dramatically impacted war and world history. 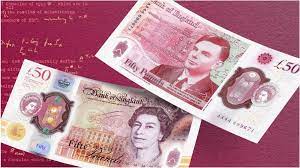 Alan Turing was a Mathematics professor at the notorious University of Cambridge and was recruited to help with the British war effort during World War Two. Due to his expertise and intelligence, Turing was chosen to join a group of academics to help break the Nazi coding method: the Enigma Code. The Enigma Code was used by the Germans to communicate their plans over radio, but the coding method changed every day, making it extremely difficult and almost impossible to break. Turing and his team worked for years and eventually broke the code through a complex machine designed and built by Turing. As a result, they saved countless lives by allowing the British military to intercept and decode Nazi messages and plans.

Despite his enormous contribution to the war effort, Turing was mistreated due to his identity as a gay man. Turing discovered his sexuality during his school days but married a woman during the war years, but they later separated. After the Enigma Code was broken, greater attention was shed upon Turing, and he was found guilty of homosexuality. As a result, he was subject to therapy which sought to convert his sexuality. This therapy, known as conversion therapy, tortured Turing into associating homosexuality with extreme pain and punishment. The therapy destroyed Turings mind and life as he became extremely nerve-ridden and unable to function properly. This method of punishment destroyed the brain and future of a man who committed himself to his country and the war effort, proving a persistent lack of understanding and strong presence of homophobia and discrimination in post-war Britain, despite status, power, or commitment. Turing later committed suicide.

Placing Turing on the new 50 note promotes thought which sees him and the hardship he underwent as something historical and detached from our current reality. However, conversion therapy is still legal in many countries worldwide and continues to torture innocent members of the LGBTQIA+ community into rejecting and fearing their sexuality. Let Turings story remind us of the undeniable importance of queer people of the past and inspire us into encouraging further change and progress. If youd like to know more about Turing, check out the film, The Imitation Game. 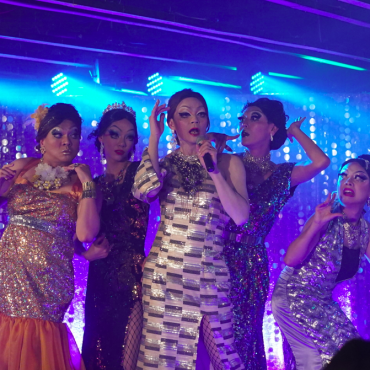