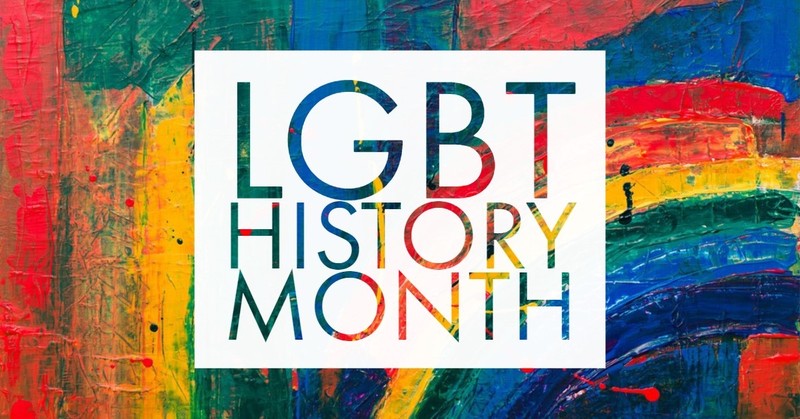 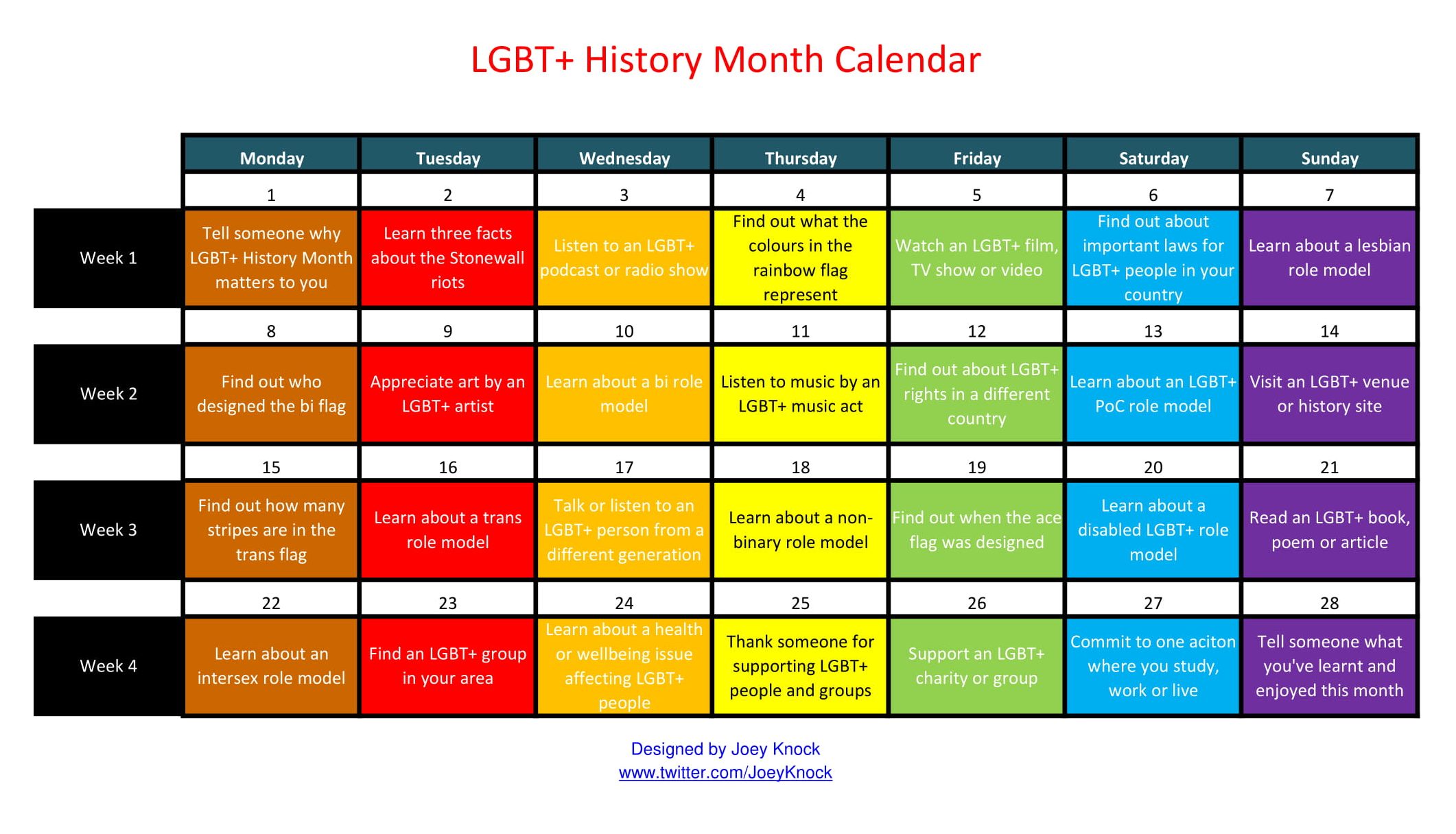 Day 1: Tell Someone Why LGBT History Month Important to You

We need to recognise the importance of LGBT history month as it provides a gateway for us to remember the hardships that had to be endured by those who came before us. It serves as a reminder of how far we have come, but also how far we have yet to go.

A couple of points to consider:

1: What is the Stonewall Inn and when did the riots happen?

The Stonewall Inn was a popular bar for the LGBT community in Manhattan. It was generally ignored by police through bribes to corrupt police officers (as being LGBT was against the law). However on the evening of June 28th 1969 the Stonewall Inn was raided by NYPD. They arrested many people for various offences and even target drag queens as masquerading as the opposite sex was also considered a crime.

2: What happened at the riots?

After years of oppression and a couple of nights of the clubs being targeted, the community revolted.

Its widely thought that it was a member of the trans community who fought back first. Marsha P. Johnson and Sylvia Rivera. However Johnson said later in 1987 an interview that she had not arrived till later. Fighting began between the LGBT community and the mass amounts of police who began to build up. This lead to bricks, bottles, bins and even fire bombs being thrown. Eventually the police were forced to barricade themselves in the Stonewall Inn for their own protection.

The first night of riots began to quieten down around 4am. Amazingly, no one died and no critical injuries were reported. However the police did report some injury.

It has been a bar/club, a juice bar, a shoe shop, a bagel shop and a Chinese restaurant. It is now once again a bar/club. On June 24 in 2016, while Barack Obama was president, he designated the Stonewall Inn and the surrounding area as a National Historic Landmark. If you chose to visit, you can find the Inn at 53 Christopher Street in Manhattan, New York.

These riots are now regarded at the first Pride event, something that is repeated yearly to continue the movement to usher in more rights for the LGBT+ community and to remember those who came before us and the sacrifices they made.

Day 3: Listen to an LGBT+ Podcast or Radio Show

You of course, are an avid listener to GlitterBeam Radio. However following from day 2, you may find this interview where Marsha P. Johnson & Randy Wicker talk about their activism for LGBTQ+ rights. We’re sure you are going to love it as much as we did! Click here or the picture below to be taken to the Podcast. 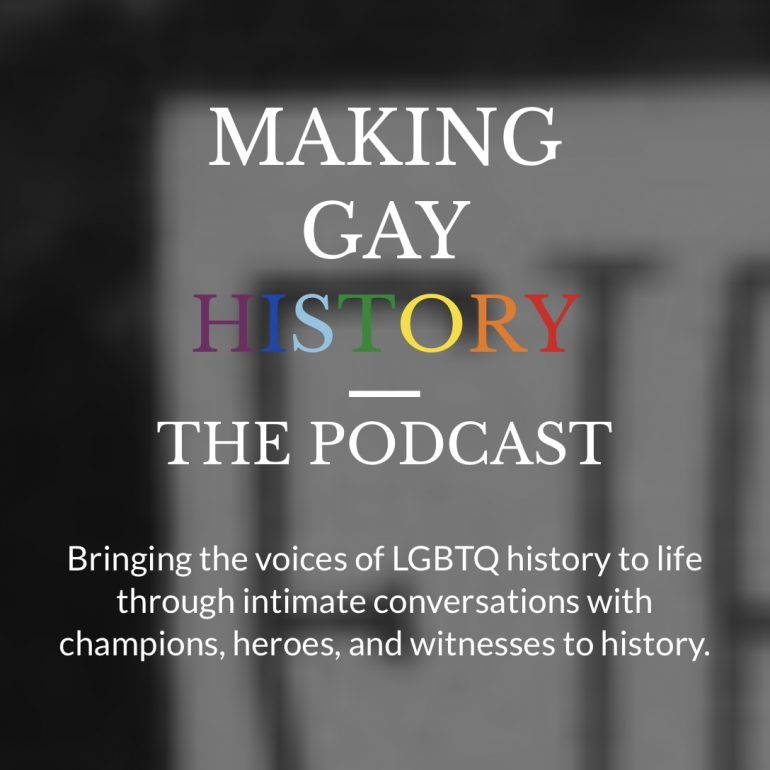 Day 4: Find Out What the Colours in the Rainbow Flag Represent 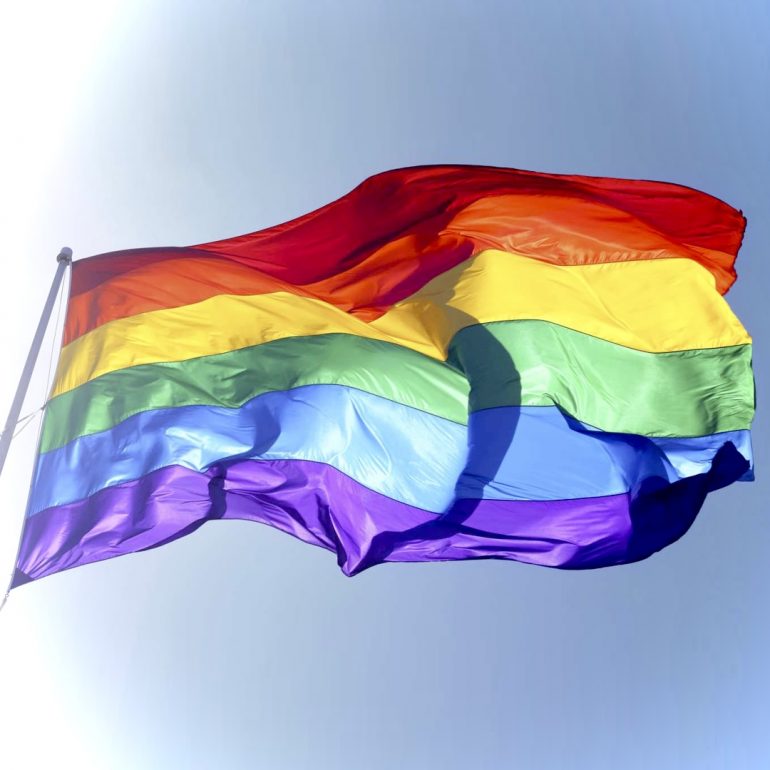 The LGBT pride flag was created in 1978 by San Francisco artist Gilbert Baker. Originally the flag included eight stripes but colours were removed due to fabric availability at the time. This lead to creating the current and most recognised form of the flag. Each of the six colours has a meaning:

In the last few years we have seen an increase of LGBTQ+ representation in movies, tv series and tv shows. The success of some of these its a clear demonstration of the need for more representation. Heres some title you should definitely check out:

An incredibly honest and poignant look at the LGBTQ+ world in the 80s: a group of friends in London with their lives, their jobs, their parties, with the AIDS pandemic spreading in the background. A part of the story that its been sometimes a little forgotten in the last 20 years. Its a Sin will make you laugh and will make you cry, surely one of the best recent tv series. Its not a surprise that broke records of binge watching on All4. Were not gonna spoil it: just watch it. 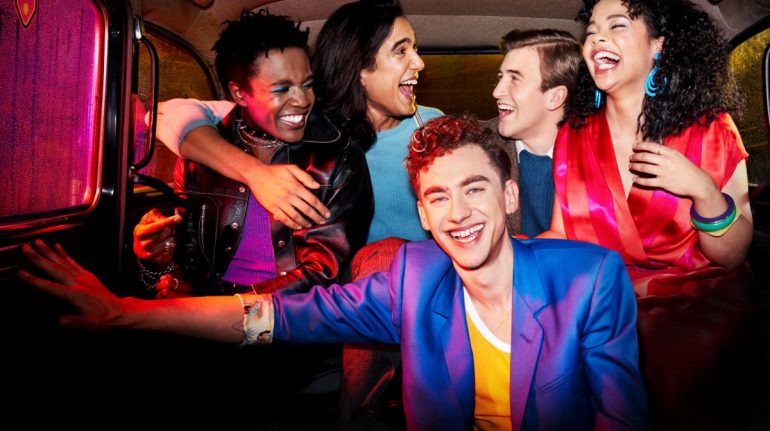 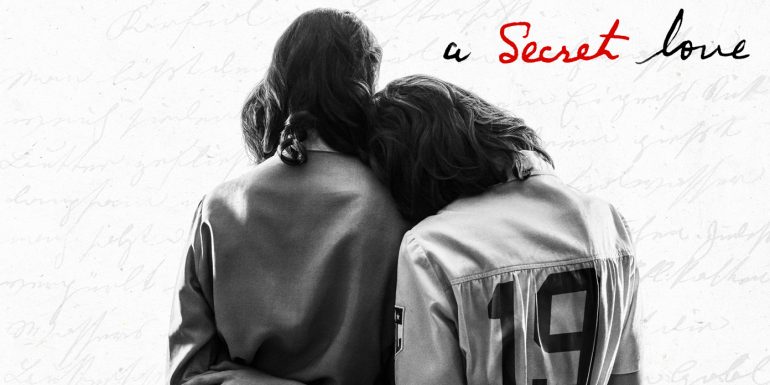 The Death and Life of Marsha P. Johnson (Documentary – Netflix) 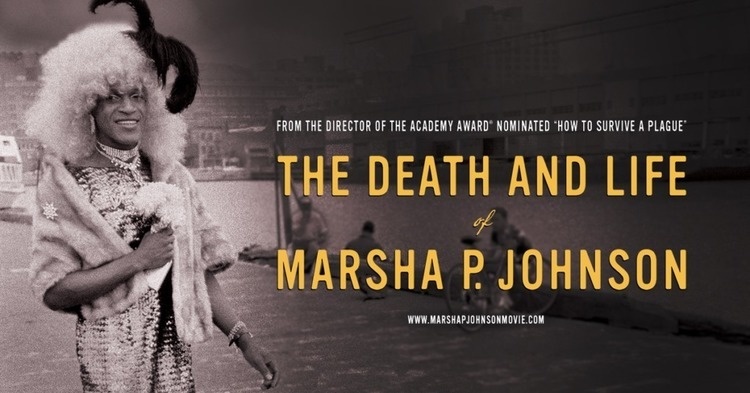 Finally Disney offers a short movie entirely dedicated to the coming out. An intense story with fun and emotions, with a guy, his family, his boyfriend.and a dog! 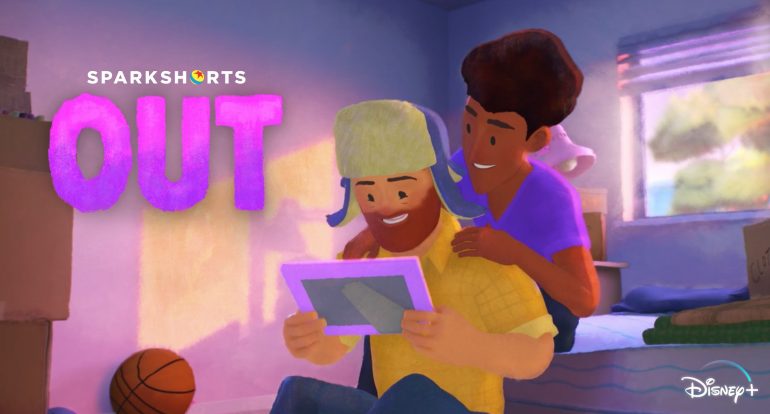 Mama G is an amazing storyteller for the whole family: all stories about inclusion and rainbow families. Catch her on Facebook, Twitter, Instagram, YouTube and of course here on GlitterBeam Radio every Sunday at 1pm with her show GlitterKids.

LGBTQ+ vids for kids! The host, Lindsay and with the help of her best stuffed friend, Teddy, will be teaching you what gay means, what LGBT stands for, what’s up with marriage equality and so much more! 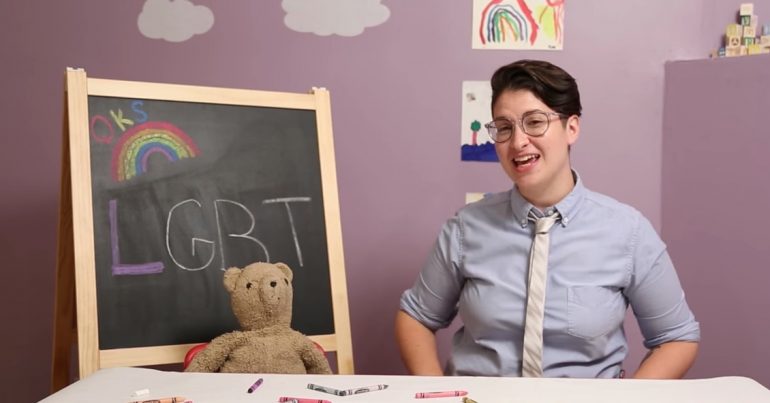 Day 6: Important Laws for the LGBT+ Community in the UK

Throughout UK history there have been changes in Law for the LGBTQIA+ Community. Below is a quick overview of some of the changes that benefit us today.
Newcastle Hospitals have put together a more in-depth review of these laws throughout a longer period. You can find these by clicking here. of course, as always for things relating to law, we recommend you check the government legislation website.

1967 – Sex between two men over 21 and “in private” is decriminalised
1980 – Decriminalisation in Scotland
1982 – Decriminalisation in Northern Ireland
1994 – The age of consent for two male partners is lowered to 18
2000 – The ban on gay and bisexual people serving in the armed forces is lifted; the age of consent is equalised for same- and opposite-sex partners at 16
2002 – Same-sex couples are given equal rights when it comes to adoption
2003 – Gross indecency is removed as an offence
2004 – A law allowing civil partnerships is passed
2007 – Discrimination on the basis of sexual orientation is banned
2010 – Gender reassignment is added as a protected characteristic in equality legislation
2014 – Gay marriage becomes legal in England, Wales and Scotland

We have selected a handful of people below. Some known, and hopefully some unknown! If you want to see more detail about these amazing individuals, you can take a look through this resource from Stonewall.

“I dont think there was a particular moment of realisation. I cant tell you, for example, it was a Tuesday at 4pm. I think its a bit like being right or left handed it takes age and a bit of experience to understand what it means for how you relate to the world. But you dont suddenly realise youre left handed. You just are.”

Having lesbian, gay and bisexual role models is very important. It shows others you can be who you are.

Sarah is Chief Executive at The Legacy List, a charity to support the cultural and educational legacy of the future Queen Elizabeth Olympic Park and its surroundings. After becoming the first female MD at Lloyds of London, she moved into the arts 15 years ago and has since held senior roles at a variety of organisations, including the Royal Academy of Arts, the Almeida Theatre, Arts Council England and the Olympic Delivery Authority.

One thing thats really important for me is to tell people when I think theyre really good. It made a huge difference when people did that for me.

Maeve is a Consultant Systemic Psychotherapist at Oxleas NHS Foundation Trust. An ex-DJ, she works with individuals, couples and families in adult services and is an alumnus of Stonewalls NHS Leadership Programme.

Role Modelling is a very positive form of leadership. Its about being brave

Author Radclyffe Hall’s 1928 book A Well of Lonliness was censored and banned due to its lesbian content – which surmounted to she kissed her full on the lips, as a lover. The campaign to ban the book was led by the Sunday Express whose editor wrote at the time, “In order to prevent the contamination and corruption of English fiction it is the duty of the critic to make it impossible for any other novelist to repeat this outrage.”

Adeline Virginia Woolf was an English writer, considered one of the most important modernist 20th century authors and also a pioneer in the use of stream of consciousness as a narrative device.

Mrs Dalloway and A Room of One’s Own author Virginia Woolf is known to have cut lesbian passages from her work for fear of her work being banned or put on trial. She is thought to have had a relationship with author Vita Sackville-West.

At the Golden Globes in 2013, Jodie Foster did a not-coming-out coming out speech. Kind of… “I hope you’re not disappointed that there won’t be a big coming-out speech tonight. I already did my coming-out about a thousand years ago”, she said:

“Back in the days when a fragile young girl would open up to trusted friends and family and co-workers and then gradually proudly to everyone who knew her, to everyone she actually met. But now apparently every celebrity is expected to expose the details of their private life with a press conference, a fragrance and a reality show. I’m sorry, that’s just not me and it never will be.” 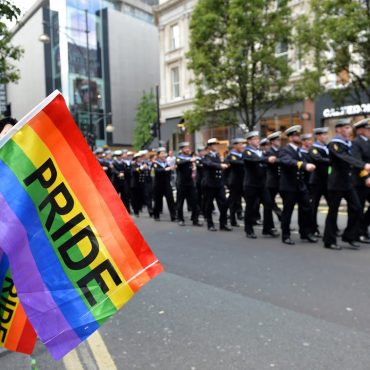 Career or Identity?: The Ban on LGBTQIA+ in the Armed Forces Queers Through the Years is the section curated by Molly Saxby. On January 12, we saw the 20th anniversary of the lifting of a ban which prevented members of the LGBTQIA+ community from serving as members of the British Armed Forces. Lets look back to the ban, its consequences, and the situation today. Image 1 Prior to the lifting […]