The Addams Family, in Newcastle: Review 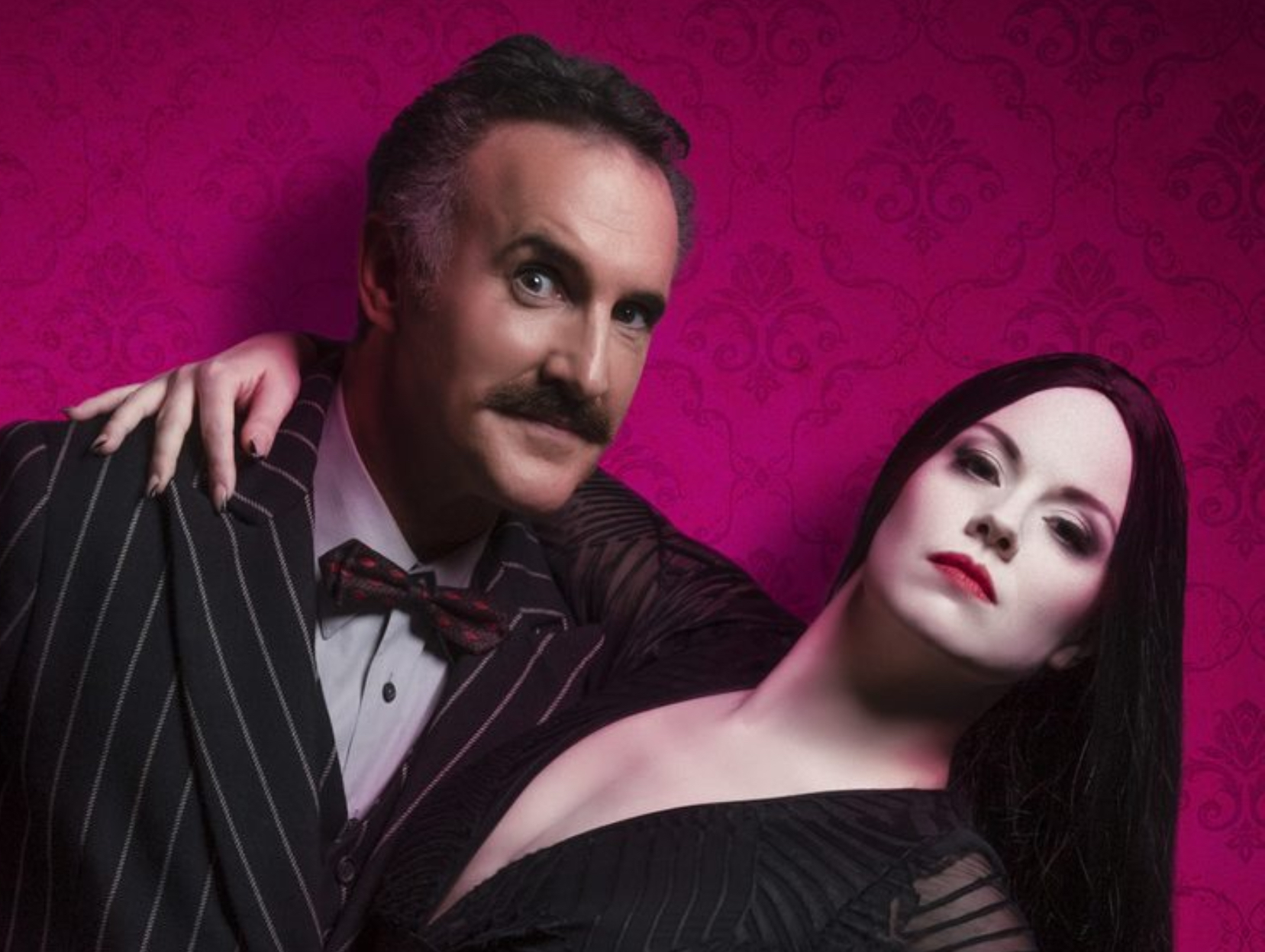 On Tuesday 8th February The Addams Family kicked off its Newcastle run at the Theatre Royal and was “One normal night” to remember. Yes, that’s a reference to one of the best songs in the show.

Wednesday Addams has fallen in love! Its not just any boy who has caught her eye. He’s Lucas – a nice, normal boy from a nice, normal family and they have been invited to the Addams Family home so the parents can meet for the first time. Typically, it coincides with the night when the Addams ancestors are summoned from beyond the grave so its clear this is not going to go well.

Wednesday doesn’t want Morticia to know about a planned proposal, Gomez knows but doesn’t want to lie to his wife or betray his daughter. Morticia is suspicious, Pugsley doesn’t want Wednesday to leave him, Fester has fallen in love, and a simple game over dinner triggers a landslide of chaos.

As we’re invited to join the Addams Family on Wednesday’s big night secrets and lies are exposed, marriages are proposed and marriages breakdown. At its core its a show with a lot of heart. It carries a central theme about growing up and parents having to learn to adapt to their children making their own way in life.

The cast of this production are genuinely impressive. In a show with such bold characters it could run the risk of becoming exhausting for the audience to keep up, but the performances allow the audience to remain engaged and entertained. Most shows would have one individual who steals the show with an iconic song, line or scene, but here not one single person has chance to steal the show because they all do. Again and again…and again.

Joanne Clifton’s Morticia is a gothic beauty who swoops and glides around the stage, commanding attention. Her delivery is gloomy and controlled to precision which plays into the darker comedy aspects. The Tango scene in act two utilises her dance skills in a breath-taking scene.

Cameron Blakely is instantly loveable as Gomez. He has some of the funniest moments in contrast to also having some of the most touching scenes. He skilfully manages to slide from one to the other seamlessly. Both he and Joanne are wonderfully cast and their relationship on stage is a joy to witness.

Kingsley Morton as Wednesday is absolute perfection. She’s got the look, the voice, the comic timing. She’s got it all. Flawless. She’s a star and will leave you with Goosebumps.

Talking of Goosebumps, Kara Lane as Lucas mother, Alice, absolutely slays every moment, particularly THE moment. If you’ve seen the show, you’ll know. If you haven’t then you absolutely must. Lets just say we were waiting (yes, that’s another song reference) for her big scene where she can shine her brightest. Lane goes from strength to strength throughout her characters arc and clearly has the time of her life doing it.

Scott Paige as Fester is an infectious ball of bouncing energy. It’s impossible not to smile when he’s on stage because his Fester is hilarious, energetic and really isn’t afraid to show off his amazing singing skills.

The rest of the cast were brilliant too – Ahmed Hamad is a handsome, adorable nerd as Lucas and even the chorus go all out every single second they’re on stage. What makes it most enjoyable is that they’re all having so much fun as the Addams Ancestors. Whether they’re creeping in the background or dancing along in a musical number, each individual ancestor is unique in terms of look and movement, with each performer completely committed. Even Lurch, the giant zombie butler who speaks only in grunts and groans has the audience in hysterics.

Obviously no show is complete without its set, lighting and costume. All of this is gorgeously designed in this production. From misty graveyards, to the dilapidated house, to Central Park (yeah, were still surprised that’s where the house is too), every location is cleverly put together.

The stage is framed by the house walls, with balconies on either side where characters can narrate and soliloquy. The set includes a staircase that can split in half, spin around to face different ways and even doubles as the tomb for the ancestors to emerge from. Sometimes moveable set pieces can become a burden or a distraction but not here. Between scenes the changes are quick and flow well with minimal disruption.

Alongside the detailed sets, the lighting is beautiful and compliments the set very well. Its mostly quite dark, moody and atmospheric but there are moments of brightness and colour that contrast nicely and breathe life into the action.

The cast are all costumed appropriately in their signature outfits. Morticia wears her low cut, black dress, Gomez in his pinstripe suit. Fester has his oversized brown coat and Pugsley is covered in stripes. Wednesday, however, is being pulled in a new direction (another song reference, not sorry about it) in a black top, mesh tutu skirt, tights and chunky boots. Its a bold departure from classic Wednesday but its one that works with the character and doesn’t feel out of place. This Wednesday is a bit older than the one we’re accustomed to seeing so the costume feels appropriate for her age and also modernises the character.

There are too many standout moments to talk about and it’s hard to pick a few to really emphasise but Wednesdays iconic song, “Pulled”, reintroduces us to the character and absolutely sold us on Morton’s take on her. Again, it has to be stressed: Goosebumps!

Full Disclosure/Waiting at the end of act one is a high point that deserves to be on every list of top musical theatre moments, its here that Lane pulls off her big solo spectacularly.

The early act two song, Death is Just Around the Corner never fails to impress. It’s a darkly comic reminder that we all might die in any manner of grisly ways at any moment, mixed with a catchy tune and a few high kicks for good measure.

There are a handful of subtle changes from the original Broadway show. Some songs are cut and others adapted or completely new. One that stands out is a song that Morticia shares with Alice about keeping secrets. It’s a great number and is a very welcome addition to this version.

From Thing opening the show with the signature clicks, to the final bows, the Addams Family is a fiendish treat that has to be seen. Most importantly, it doesn’t feel like a touring show. The standard is set so high and the bar doesn’t drop. It starts at one hundred and keeps it going without fail. Whether you’re familiar with the show or a total newcomer, you’ll be guaranteed to never want to leave. When the curtain falls you’ll be left feeling Happy/Sad (sorry, final song reference) You’ll be happy for witnessing one of the most fun shows currently on stage, but also sad that its come to an end.

The Addams Family is at Newcastle Theatre Royal from Tuesday 8th February through to Saturday 12th February and then it moves onto London, before touring the rest of the UK with major cities like Manchester, Dublin and Edinburgh on the list. You can find your nearest performance on the shows website. 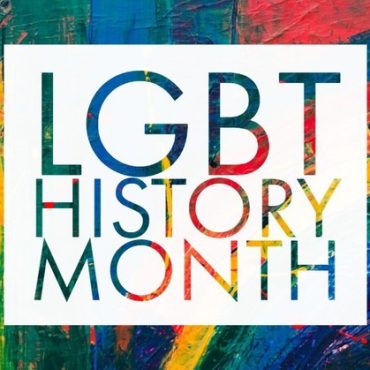 A resource for each day of February, to celebrate the LGBT History Month. This is based on the fantastic resource produced last year by JoeyKnock on Twitter. We think it is an excellent way to actively involve yourself in LGBT History Month. Week 1 Day 1: Tell Someone Why LGBT History Month Important to You We need to recognise the importance of LGBT history month as it provides a gateway […]