The Book of Mormon Review On Tuesday 14th June, The Geeky Gays (Markus & Simon) attended a special fan preview of the Book of Mormon tour at Newcastle Theatre Royal. Strangely enough, it was three years to the day that they first saw the show in Manchester. The production had been postponed from September 2020, so it was great to see it finally happening.

This performance was the third time they had seen the show and it’s one that never gets old. With a script by South Park creators Trey Park and Matt Stone, it’s one that toes the line between hilarious and offensive but it never pushes those boundaries maliciously, which is of course, the main concept of comedy. If you’re going to be offensive, it has to be from a place of love and that can be felt here; the underlying story is one of hope and people coming together.

The story follows two Mormons, Elder Price (Robert Colvin) and Elder Cunningham (Conner Pierson) as theyre sent on their mission to spread the word of the Book of Mormon and initiate people into their church. Uptight Elder Price is the image of perfection and he’s convinced hes going to be sent to Orlando but he and Elder Cunningham, who has a habit of lying, are sent to Uganda.

When they get there they discover that the village is in a dangerous position and trying to lay low to avoid coming to the attention of the neighbouring villages whose leaders have been attacking women. When they meet the other Mormons, led by Elder Mckinley (Jordan Lee Davies), who by the way absolutely steals the show, they discover their mission has been going terribly. They haven’t converted a single person to Mormonism!

Cue the group trying their best to convert the villagers’ to being Mormons with lots of chaos and drama in-between. After a shocking incident terrifies Elder Price and leads him to search for a transfer to another country, Elder Cunningham steps up and tells the villagers a made up version of the Book of Mormon which they end up loving and find faith in this alternate version of events. Meanwhile Nabulungi (Aviva Tulley) dreams of escaping Uganda and finding a bright future in Utah.

As mentioned previously, the show really toes the line in some parts and probably runs over the line and keeps going during numbers like “Hasa Diga Eebowai” and “Spooky Mormon Hell Dream,” but these moments are arguably when the show is at its funniest. While it is offensive, theres a much bigger story going on underneath it all. It’s a story of people learning from each other and helping each other become better. Its about friendship and love and hope and it’s all overshadowed by the futility of religion which goes to show they’re all same but just told slightly differently.

The cast were, as always, amazing. Some were the same cast from their second viewing in September 2019. Conner Pierson gives a standout performance. Having seen Conner as Elder Cunningham before, seeing him again was a welcome surprise. His energy, enthusiasm and comic timing are spot on. Every second he’s on stage is an absolute joy. A close second favourite was Jordan Lee Davies as Elder Mckinley who just nailed every second he was on stage and managed to carry so many major comedic moments and found the funniness in what is essentially quite a tragic character who is forced to hide his sexuality. It was an unforgettable performance. Also, Aviva Tulley as Nabulungi really stood out. Aviva captured the sweet innocence of her character and brought a youthful joy and hope to the character that really set her up as one of the most loveable characters. She had a gorgeous voice too.

The Book of Mormon is a highly entertaining night of theatre that you won’t want to miss. It’s bright, colourful and completely stupid but all in the best possible ways. The show will remain in Newcastle until 9th July. Then it moves onto Liverpool Empire from July 19th-August 13th, Nottingham Theatre Royal August 17th – September 10th and finally Edinburgh Playhouse from September 13th until October 8th. Grab your tickets while you can via https://thebookofmormonmusical.com 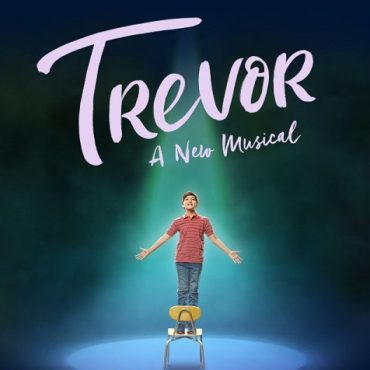 In celebration of Pride Month, Disney+ has revealed the trailer for the upcoming film Trevor: The Musical. Produced by RadicalMedia, Trevor: The Musical is a filmed version of the Off-Broadway stage production, which follows a charming 13-year-old force of nature with a vivid imagination. As he deals with becoming a teenager in 1981, Trevor struggles to navigate his own identity and determine how he fits in a challenging world. When […]