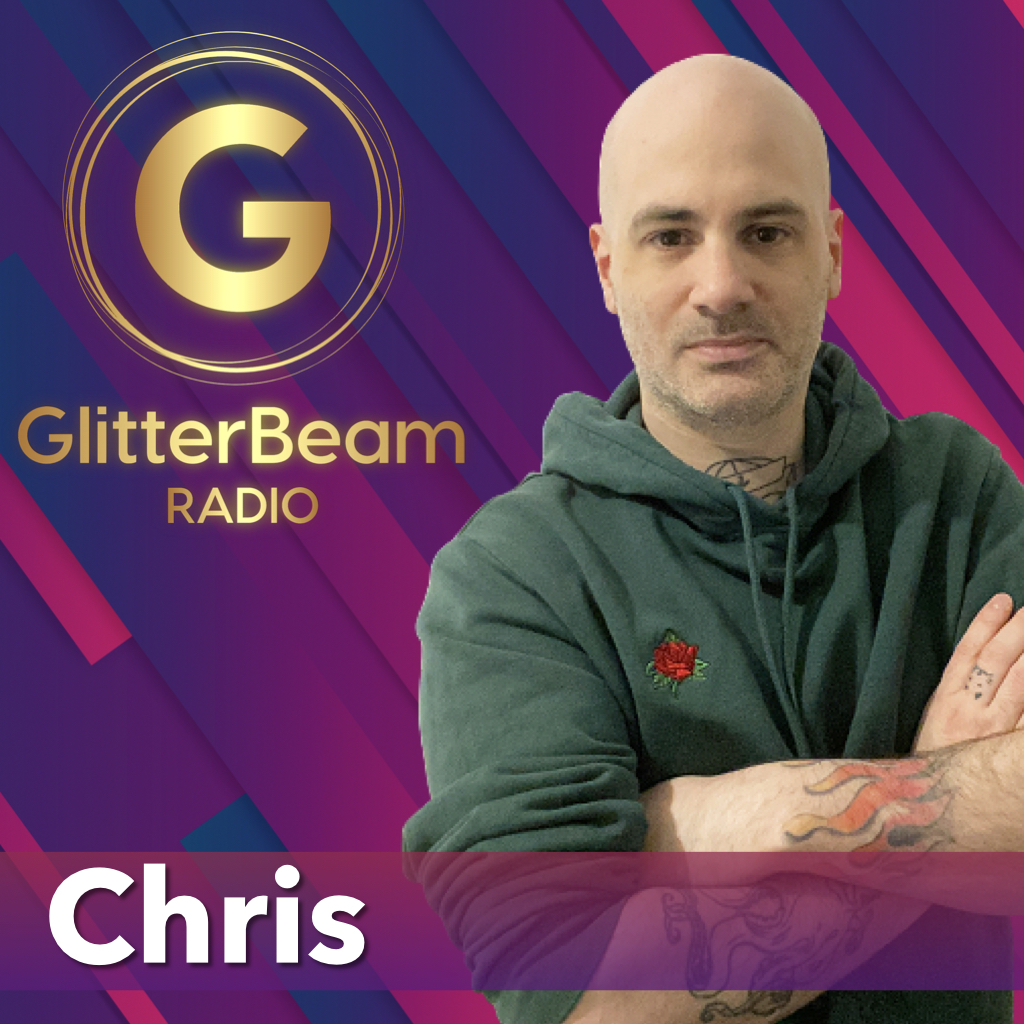 Join Chris - Just Chris - for The Drivetime Show, every weekday from 4PM. Getting you through your daily commute with queer-worthy news and whats trending, On This Day in History, LGBTQ+ Artists, your live requests and throwbacks and the Whos That, Whats That competition. Dont forget to take part in Glitterbeam's Top 5 from 5 - The Chart rundown as voted for by you! Artist/Singer/Band? E-mail your tracks to […]

Chris began his taste for ‘Radio’ when he was younger, recording the Saturday night chart onto his tape recorder. Later he began using those pirated tracks (some say hes a real life pirate – of mens pants clearly) record his own ‘radio’ shows with any of his friends that were bored enough to get roped in. Moving on he started an internet radio station at 15/16 and was featured in the local paper – those days a 56K modem was a nightmare! He started his own mobile discos at 17/18, did that alongside college, a part time job and running East Devon College Student Radio.