As Pride month ends, the creators of the multi-Emmy award-winning television phenomenon RuPauls Drag Race and original champions of LGBTQ+ counter-culture,World of Wonder, remind audiences at home that they can support and celebrate LGBTQ+ content all year round with streaming service WOW Presents Plus.

World of Wonder has been at the forefront of producing ambitious, ground-breaking and diverse content and introducing audiences to new talent in the LGBTQ+ community for the past two decades through their TV content and live events. In November 2017, the company expanded and launched WOW Presents Plus, which houses the biggest and best LGBTQ+ content library in the world. From documentaries to streaming-series, UK subscribers can watch over 450 hours of content available for as little as 3.49 per month, or 35.99 for the year, which can be streamed via your mobile device or computer.

WOW Presents Plus is the perfect destination for those looking to get an extra fix of their favourite queens from RuPauls Drag Race, or for those who want to discover more insightful and entertaining LGBTQ+ led content. This includes the exclusive docu-seriesWerq The World, which takes audiences behind the scenes to witness every aspect of drag-life on the road, both tucked and untucked – a second series of which has just become available.

The WOW Presents Plus service also offers streaming-series featuring US & UK Drag Racealumni, such as Katya Zamolodchikova and Trixie Mattel in UNHhhh; Pandora Boxx,Ginger Minj, Tempest Dujour and Mrs. Kasha Davis in the hilarious Golden Pandemic; and Morning T&T which stars The Vivienne and Baga Chipz parodying Donald Trump and Margaret Thatcher. The platform also hosts critically acclaimed documentary films includingWhen the Beat Drops, Becoming Chaz and Out of Iraq, offering viewers an insightful look at some of the issues and challenges at the heart of the LGBTQ+ movement.

Created by founders and executive producers Randy Barbato and Fenton Bailey, pioneers in the world of ground-breaking LGBTQ+ content, WOW Presents Plus has something for everyone.

Some of the hit shows that can be found on the WOW Presents Plus service include:

This fabulous docu-series follows some of the worlds biggest drag superstars as they serve the drama on-stage, backstageand everywhere in between as they travel the world in the Werq The World World Tour. These intimate tour diaries capture every aspect of drag-life on the road, both tucked and untucked. Away from the bright lights and adoring fans, the queens open up about health issues, parental relationships and tragedies from their past. But whatever their personal struggles, they know that when that curtain goes upthey better WERQ! And they do.

Drag Race royalty are welcomed back to the competition to compete for the crown and a spot in the Drag Race Hall of Fame. See some of the shows fan favourite queens return, featuring more daring outfits, bigger wigs and a whole lot more drama.

An all-access pass to view the drama of what happens behind the scenes when the judges of RuPauls Drag Race are deliberating. Get the inside dish, including behind-the-scenes, unseen judge moments and secret vote reveals.

The Vivienne and Baga Chipz star as Donald Trump and Margaret Thatcher in this irreverent take on the morning talk show format. Morning T&T goes off the rails with bigly guests and huuuge topics. Its the pinnacle of morning television!

RuPauls Drag Race royalty Katya Zamolodchikova and Trixie Mattel come together to talk about nothing, but yet absolutely everything. Why? Because its their show, not yours!

Based on the true story of Michael Alig, a Club Kid party organizer whose life was sent spiralling down when he bragged on television about killing his drug dealer and roommate.

Chaz Bono, son of legendary icon Cher, made headlines when he announced he identified as a man and was undergoing gender affirmation surgery. This stunningly inspiring documentary produced by World of Wonder, details his decision to do so and the journey he took to realise his true identity.

A gripping story of forbidden love found in the most unexpected of places. In 2004, whilst serving as translator in the US military in Iraq, Nayyef unexpectadly fell in love with an Iraqi soldier, Ramadi. This gripping documentary shows the danger faced by LGBTQ+ lovers in Iraq and the Middle East which effects the community on a daily basis. 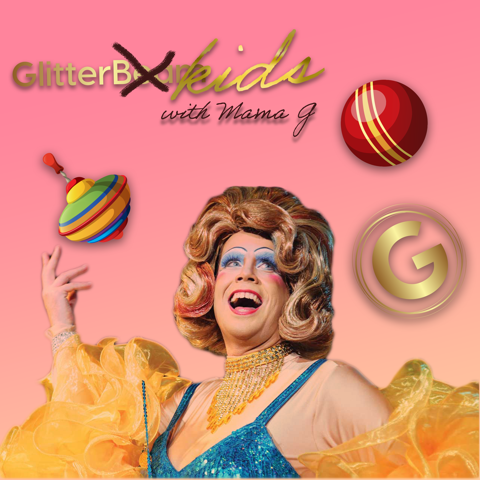 GlitterKids with Mama G, the new show for rainbow families

A show for the whole family is coming on GlitterBeam: GlitterKids with Mama G is the new show with stories, music and so much fun! Every Sunday at 1pm only on GlitterBeam.. "Mama G is effectively a panto dame, so she was created with families at the forefront. She is very motherly and glamorous, so children are comfortable with her and love hearing her stories especially when she talks about […]