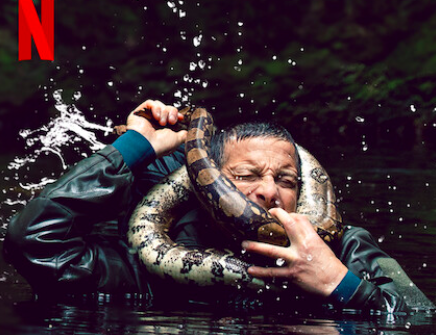 Red Dot – Film (11th of February)
Red Dot is a Swedish action thriller set in the Swedish mountains and follows David and Nadja, a couple in their late twenties, who’ve been struggling with their marriage. When Nadja becomes pregnant they make an attempt to rekindle their relationship and decide to travel to the magnificent expanses in the north of Sweden for a ski hike. But after what started as a quarrel with two local hunters, their romantic trip slowly turns into a nightmare. Soon, a red laser dot appears in their tent and they are quickly forced to flee into the cold, unforgiving wilderness. Totally isolated in the mountains, they are now being pursued by reckless shooters. Meanwhile, during this sadistic hunt, the couples past also comes back to haunt them.

Squared Love – Film (11th of February)
Squared Love is a romance-comedy film about school teacher Monika who maintains a secret double life as a model ( Klaudia) to pay off her fathers debts. During a photoshoot, she meets womanizer and journalist Enzo, who has been forced to appear in the commercial by his boss and lover Alicja. Worse comes to worst at the photoshoot and the two models become worst enemies.

To All The Boys: Always and Forever – Film (12th of February)
As Lara Jean Covey prepares for the end of high school and the start of adulthood, a pair of life-changing trips lead her to reimagine what life with her family, friends, and Peter will look like after graduation.

Hate by Dani Rovira – Stand Up Special (12th of February)
On the stage of the Soho Caixabank Theatre in Malaga, the actor Dani Rovira offers his most sincere, delirious and non-filtered vision of the human being in these current times. If your laughter is primitive, you’re a vegan, you have a dog or a cat, you frequently visit Instagram, you’re doing remodelations, you’re a mother or Antonio Banderas himself, if you use dating apps, you’re just quick-tempered… , get ready: there’s hate for everyone. Oh! And don’t be offended!

The Crew – TV Series (15th of February)
The Crew stars Kevin James as a NASCAR crew chief for the fictional Bobby Spencer Racing team. When the owner steps down and passes the team off to his daughter Catherine (Jillian Mueller), James has to protect himself and his crew from her attempts to modernize the team. Freddie Stroma, Sarah Stiles, Gary Anthony Williams and Dan Ahdoot also star, Paris Berelc and Bruce McGill guest star.Jeff Lowell (The Ranch, Two and a Half Men, Spin City) will serve as writer, showrunner and executive producer. Andy Fickman (Paul Blart: Mall Cop 2, Playing With Fire) directed all episodes and serves as an executive producer. James, Jeff Sussman (The King of Queens, Paul Blart) and Todd Garner (Tag, Isnt It Romantic, Mortal Kombat) will also serve as executive producers. Matt Summers and Tim Clark will executive produce for NASCAR.

Animals On The Move: A You vs Wild Movie – Interactive Special (16th of February)
Bear Grylls returns with Animals on the Loose: A You vs. Wild movie, an exciting 90 minute interactive movie for the whole family. The protective fence surrounding a wildlife sanctuary has mysteriously suffered a breach, and now animals are on the loose. Bear is called in to help rescue a mischievous baboon, track down a hungry lion, and fix the fence before any more animals get out. Three urgent missions await you with only so much time and Bear needs your help. With the possibility of completing a secret mission, each decision impacts this interactive adventure, so make your choices count!

Pel – Film (23rd of February)
This documentary feature tells the story of iconic footballer Pel, his quest for perfection and the mythical status he attained. As well as unprecedented interview access to Pel, the film includes astounding archive footage and interviews with legendary former team-mates including Zagallo, Jairzinho and Rivellino.The story looks back at the extraordinary 12-year period in which Pel,the only man to win three World Cup titles, went from young superstar in 1958 to national hero in 1970;a radical yet turbulent era in Brazils history.PEL is directed by David Tryhorn and Ben Nicholas, produced by Pitch Productions and executive produced by Academy Award-winning filmmaker Kevin Macdonald. 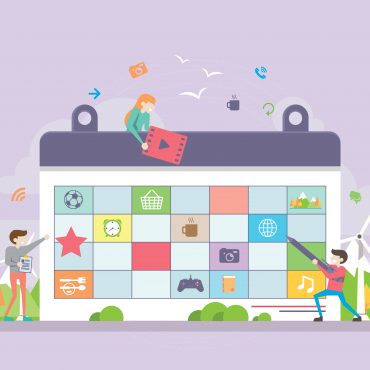